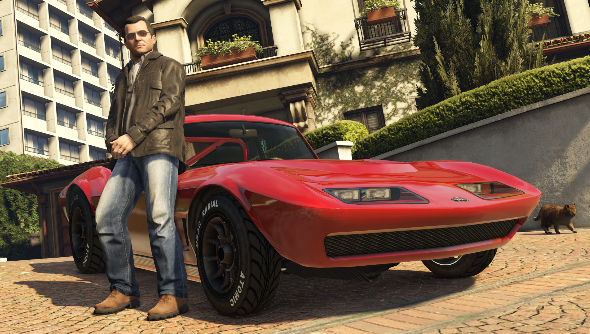 When you boot up GTA V you’ll find that the launcher or Steam will start applying a new patch, but depending on how you play GTA it may not be a fix in your eyes. The 350.1 patch focuses on bugs, crashes, and stability, but the changes made breaks any mods applied to the game.

Mods are not officially supported by Grand Theft Auto V, but in the two weeks since launch savvy coders have found ways around the game’s files and created a variety of simple but entertaining modifications. The 350.1 patch unfortunately makes Script Hook V – the tool used to make mods – unusable, and thus breaks any mods applied to the game.

If you want to continue playing with mods, you’ll need to use an older version of the game. Forcing GTA V to not update is your best option, but if the patch has already been applied you’ll be able to find the old files at unofficial sources. You’ll be downloading them at your own risk, though.

Patch 350.1 itself addresses issues such as players unwittingly deleting cars from their garage by driving a new car into an already full garage (a warning prompt is now displayed), fixes alt+tabbing out of the game in the Steam version, and stops the game freezing when stores are being robbed whilst buying snacks. The full patch notes can be found below.