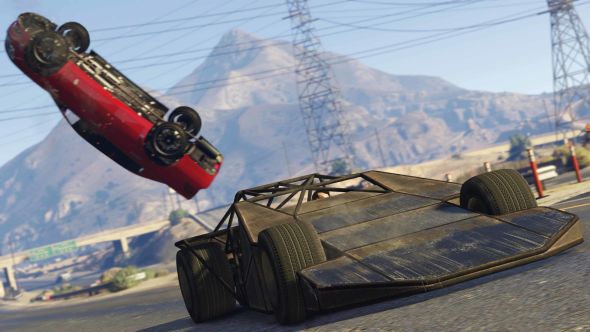 It’s that magical time of year – well, one of the four – when gaming’s biggest publishers announce their quarterly earnings, and Take-Two’s report makes some particularly interesting reading. Mainly, you’ve no idea how big Grand Theft Auto V is.

Show some love for GTA V’s peers in the best sandbox games on PC.

It compares well with two of the other best-selling games of all time, Wii Sports (which was bundled with the Wii) and Minecraft, and it’s not even slowing down, havingsold more units in 2016 than in 2015. Last year, GTA products earned Take-Two over $650 million in net revenue – not gross, net.

Take-Two say GTA Online will get “many more” free content updates in the future, suggesting they don’t see it cannibalising the online mode in forthcoming Red Dead Redemption 2.

Speaking of which, there was no mention of a PC release for Red Dead Redemption 2 (but that doesn’t mean it won’t happen).

Revenue from digital content surged 64 percent to $240.2 million, reflecting a trend across all the big publishers in the last year, particularly those with popular live games with microtransactions (such as GTA V and Online).

Overall revenue for Take-Two was up 15 percent year-on-year, to $476.5 million from $414.2 million, but the company nonetheless posted a loss of $29.8 million for the quarter, though that’s an improvement on their $42.4 million loss in the same period last year.

Other notes from the earnings call are that Mafia III has shipped five million units (4.5 million of these were in launch week, which set a new record for 2K Games), while Civilization VI has shipped 1.5 million units, and NBK 2K17 almost seven million.

Check out the transcript of Take-Two’s earnings call here.