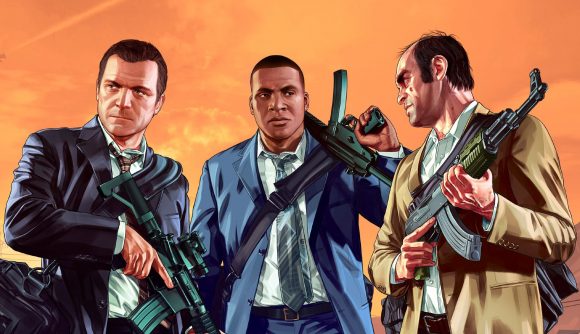 If you’re a fan of free PC games – and who isn’t? – then the Epic Games Store has been providing a regular source of solid freebies. None of those have been bigger than the free release of Grand Theft Auto V, and that giveaway had no negative effect on GTA 5’s ridiculous sales, In fact, publisher Take-Two says the promotion helped GTA reach ever higher sales numbers.

GTA 5 sold through more units during the first quarter of Take-Two’s financial year – meaning April 1 through June 30 – than in any other first quarter since launch. The six weeks following the Epic Store giveaway also had more GTA 5 sales than the same period in any previous years. Take-Two says the Epic promotion was a “contributing factor” to the sales success.

Total sales of GTA 5 have now reached 135 million, as Take-Two says during its latest financial results call, up from 130 million during the last financial report three months ago.

As announced back in June, GTA Online is getting a standalone release that’ll be free for three months to PlayStation 5 players. Clearly, Take-Two is confident that the expanded playerbase afforded by these giveaways is going to help drive further sales.

Check out some GTA 5 cheats or our guide to how to make money in GTA if you’ve been diving into the open world crime game for the first time yourself.