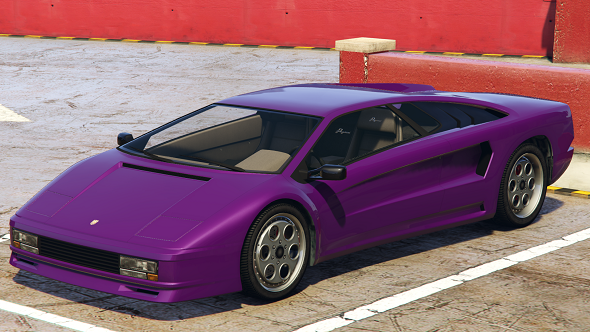 Update April 5, 2017: As expected, Rockstar have had their best mechanics under the hood of the Infernus sports car in GTA Online, tinkering away on its steering issues.

Players were previously reporting a bug that meant the vehicle spun out when turning left, but thankfully this has been solved in a patch today.

If you like your cars in working order, check out our list of the best racing games.

In a thread on the Rockstar support forums, a problem titled ‘steering issues with Pegassi Infernus Classic’ is now flagged as ‘resolved’. That means you’re free to whizz through the streets of Los Santos without the fear of spinning out. Well, unless you’re just bad at driving.

It appears the patch was specifically released to address this issue.

Original Story March 30, 2017: GTA’s most famous sports car, the Infernus, has made its way into GTA Online. Any rich gangster with a modicum of self-respect has snapped one up, but there’s one problem – it’s a bit shit.

After putting down a cool $915,000 for the car, players have been taking it out for a spin only to find it really doesn’t like turning left at all.

That’s because the rear left wheel seems to have permanent damage. It’s most likely a bug. For now, players have come up with a temporary fix – break the opposite wheel.

“We seem to have come across the problem,” writes LimbJobs on Reddit, via VG247. “The same problem that made the 811 as fast as it did pre patch.

“It looks like the car struggles to turn left at any moderate/fast speed because the rear right wheel behaves as if it’s permanently damaged. ‘Stancing’ the rear left wheel (giving it wheel damage) appears to make it slide just as easily turning both directions, suggesting that the rear right is perma-damaged.”

As you can see in the video above, the car maintains its grip at speed through right turns, but it spins out as soon as you try to turn left.

No doubt Rockstar will be getting their pit technicians on it as we speak.