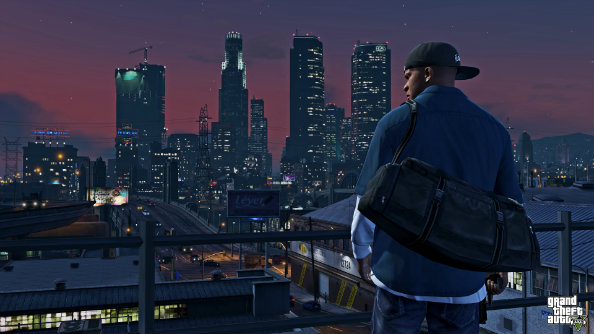 GTA Online, the multiplayer component of Grand Theft Auto V, is still going strong despite its age. Having been on PC for over 12 months and in the console space for nearly three years, it’s still making money through microtransactions and heavily played. But despite its success, Rockstar’s parent company Take-Two has no intentions of supporting it forever.

Love the chaos of GTA V? You’ll really enjoy the possibilities in the best sandbox games on PC.

“We do expect GTA Online’s results to moderate because October will be three years since we released it,” he said. “Not only was it not our intention that GTA Online was permanent, but it’s important that it not be permanent. We have to rest the franchise at some point.”

If you’re a GTA Online fan there’s no need to panic as the end of the line won’t be soon for the multiplayer mode. The next major update, Further Adventures in Finance and Felony, will launch on June 7, and more content packs are due to follow. But at some point in the future that continued support will end.

This isn’t an unusual standpoint for Take-Two, who are a company that like to hold back franchises and brands in order to build anticipation and guarantee quality. While its NBA and WWE franchises release annually, its other games tend to release with large gaps between installments.

In 2015, Zelnick said that annualisation of games can have a negative impact on the value of the brand. “The market asks us, ‘Why don’t you annualize your titles?’ We think with the non-sports titles, we are better served to create anticipation and demand. On the one hand to rest the title and on the other hand to have the highest quality in the market, which takes time. You can’t do that annually.”

Do you feel Take-Two’s philosophy of resting franchises is a good thing for games? Let us know how you feel in the comments.