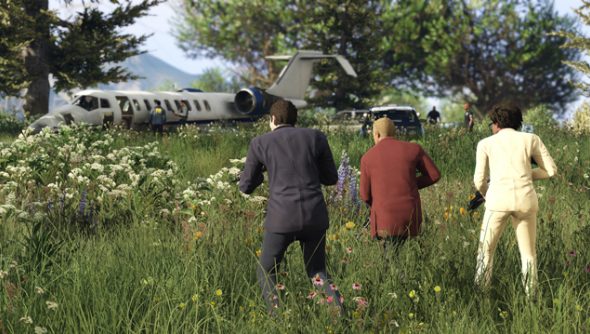 In one of the biggest expansions to GTA Online since release, Rockstar are letting you become the CEO of your own criminal company from June 7.

If you’re looking for other playpens to be king of, here are the best sandbox games on PC.

The Further Adventures in Finance and Felony expansion continues the trend set by Executives and Other Criminals by allowing you to climb the crooked corporate ladder.

High-flying executives will find themselves with a skyscraper headquarters, as well as warehouses in which to store stolen goods. Goods you’ll most likely be stealing, making the CEO title more of an honourary than a position of delegation.

You can also go a more legitimate route by buying and selling goods across the city using the warehouse, though those goods are still contraband.

Occasionally you’ll need to fight off other criminal elements, as well as the LSPD, for unique and rare items which, of course, carry the biggest profits.

There are also new vehicles, including the Pegassi Reaper, and other features to come along with the update when it releases next month.