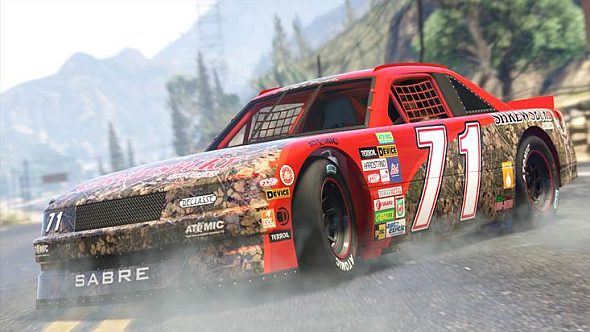 For more freeform fun, we recommend the best sandbox games on PC.

The Hotring Circuit is an homage to Vice City’s classic stock car racing venue, the Hotring, mixed with GTA Online’s Cunning Stunts. It can host up to 30 players, features 10 different stock car races, and will drop double rep and GTA$ from now until March 26.

The Hotring Sabre that you see above is right at home on the circuit, and is only the first of five new cars. The others are the sleek and curvy Taipan, the savagely fast Entity XXR hypercar (below), the Vapid GB200 rally-sports car, and a customisable family station wagon called the Vulcar Fagaloa. All these new whips are now available via Legendary Motorsport and Southern San Andreas Super Autos.

The Hotring Circuit will soon be followed by Target Assault mode, a race for up to eight teams of two players each.Gunners must score points by destroying targets with a mounted gun, while drivers outmanoeuvre the opposition for further points on each lap. 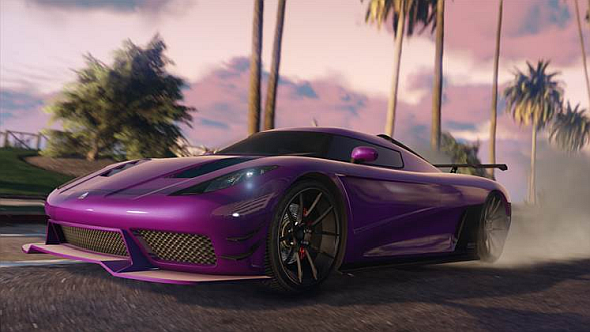 But this is only the beginning. On May 1, you’ll be able to play with the Deluxo, Stromberg, and Thruster from the Doomsday Heist in ten new special vehicle races. And on May 29, seven new Transform Races will go live, featuring yet more new and classic race vehicles and a fresh batch of challenging courses to test them in. More tools will also be added to the Creator, so you can literally make your own fun.

The Super Sports Series is live now. To get in on the fun,Grand Theft Auto V is on Steam here.