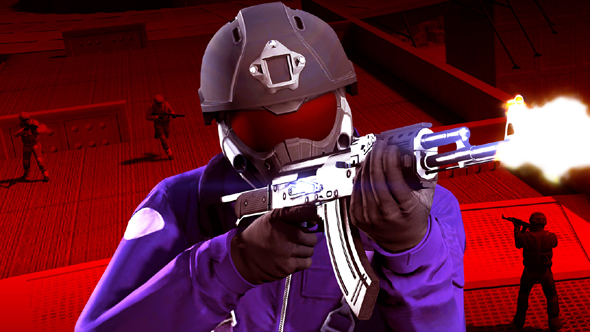 GTA Online has added a new battle royale mode called ‘Trap Door’, where defeat can mean a drop into the ocean from very high up.

If you’re bored with GTAV, check out our list of the best sandbox games on PC!

The developers detail this new Adversary Mode on their website. In true battle royale fashion, players try to survive in a rapidly shrinking area by eliminating all opponents with a variety of weaponry. The twist here is that it’s set on a platform high above the ocean. If killed players are banished to the ‘red zone’, which if they don’t make it out in time they’re dropped into the Pacific – but if they escape they can continue playing.

Players who participated in last week’s Business Week event should be getting their free money soon. There’s also a number of discounts, which you can check out below.