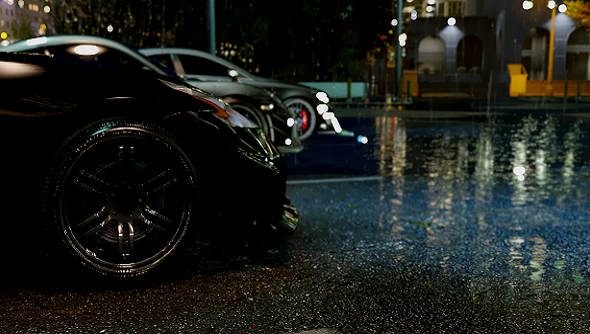 Update August 23, 2016: The creator of Grand Theft Auto V – Redux has had to delay the release of the ambitious mod, thanks to hackers.

If you enjoy the freeform destruction of GTA V, you’ll love our list of PC’s best sandbox games.

A hack that compromised the mod was the cause of the delay.

“Last week my home network and computer was hacked, and Redux compromised,” Romito said, via Eurogamer. “Everything has been secured, although some data has been lost in the process.”

One good thing came out of this whole situation, however – we got a brand new trailer:

Update July 11, 2016:A new trailer has just released for Grand Theft Auto V – Redux, revealing the reworked Los Santos and a release date for the mod.

The new trailer looks just as lovely as the last one, but this one is cut together in a much more cinematic way and it’s just stunning. You’ll be able to download the mod from August 26.

Here’s that new trailer for you to drool over:

Original Story July 7, 2016: It’s not even just a graphics mod, really. Grand Theft Auto V – Redux tweaks almost every aspect of the game, adding not only an extra layer of polish, but also making a myriad of major and minor gameplay tweaks. Of course, the fact that it looks amazing will be what draws you in

GTA V – Redux isn’t just a reshade mod, though it is that too. This mod reworks all of the Los Santos road textures, replaces all billboards, increases the density of the city’s debris – cans, paper scraps, leaves, etc – changes blood textures and physics, and makes water look even more lovely.

Even the weather system has been overhauled, with more weather types that are promised to blend together naturally. Fog will hang over the mountains, the sunset haze will illuminate skyscrapers and everything will just look that little bit nicer thanks to simulated global illumination.

As for features – every single vehicle and weapon has been tweaked so they closer match their real-life counterparts. For the full, massive list of new features, check out the mod’s site. Or you can just watch this impressive gameplay trailer: