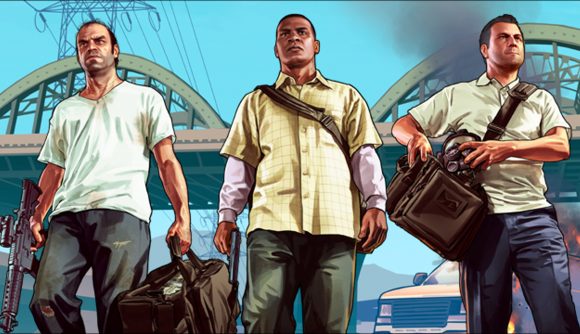 For a crime game all about doing nefarious acts, Grand Theft Auto 5 doesn’t involve much murder – comparatively speaking, at least. A kill-count of every mandatory kill has concluded the Mass Effect series is more violent, on a pure killing other NPCs level, anyway.

The science was done by Reddit user TK-576, who broke down their methodology and results in a post. Across Franklin, Michael, and Trevor, the player is forced to kill 726 enemies. Franklin has the most blood on his hands, murdering 295, Trevor’s next at 258, and Michael’s slacking behind with only 172. The three have one together, from the end of the open-world game.

Getting the minimum viable body count – MVBC for short – took some amount of patience. No innocent bystanders could be hurt, a difficulty in any Rockstar action-adventure game, the stealth route was always used, or a quick escape if feasible, and for stages that had endless respawn until you switched to a certain character, options were tested to find the quickest pattern. There’s no way to avoid all the cops collapsing in ‘Blitz Play’, the post says, but they managed to find a speedrun that meant the player doesn’t pull the trigger to kill them. Off on a technicality, but off nonetheless.

For the last mission, Devin Weston is killed, because that’s canonical to GTA Online. Curiously enough, this means that the Mass Effect trilogy is more murderous, forcing you to kill 1,781 enemies over the course of its three entries. Half-Life isn’t far behind either, with 751. Sure, GTA offers the possibility for a lot more, and your average player will definitely go above and beyond here, but it’s more avoidable than you might think.

Here’s a video of the kill-count, for your personal verification:

GTA RP servers have caused a surge of late, and it was the most popular game on Twitch last month. We have a list of the best GTA 5 mods, for you to do some research of your own.