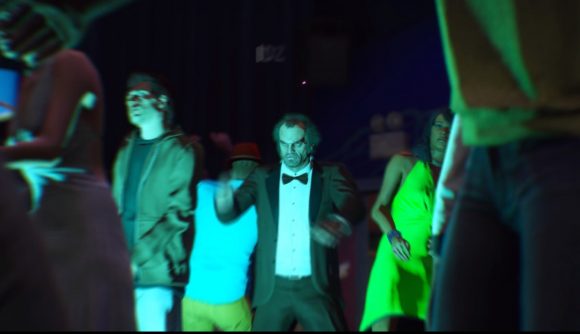 If you’ve been itching to see the inside of Bahama Mamas West location in Los Santos, you’re in luck: there’s a swish looking GTA 5 mod for that. The nightclub is closed through the story of Grand Theft Auto V, but with NaturalVision Evolved’s July update, it becomes a nightlife hub once again. The mod also features some superb visual enhancements, so read on.

So bad news first: this isn’t a free mod. To use NaturalVision Evolved, you’ll need to support creator Razed’s Patreon. There are four membership tiers ranging from $1-$15 per month, and at higher tiers you get access to additional features. All levels come with special access to Razed’s Discord server.

That out of the way, let’s take a look at the July update. Bahama Mamas is finally open for business, and you can head in during the evening to rub elbows with Los Santos’ club set. Grab a drink, or head to the dance floor – if you allow your character to idle there, they’ll spontaneously break into dance themselves (warning: if you’re playing as Trevor this may be extremely upsetting).

Have a look at the new shaders in action in the trailer:

The new visual effects are what really make this mod pop. Platinum Patreon supporters get access to a shader that adds a parallax effect to the road, giving them a 3D texture effect that looks incredibly painful to have your face or knees dragged across.

There are also new parallax interiors, making shops and storefronts look much more alive and open for business than they did with the flat textures they were sporting before. And there are new parallax decals, which means when you fire into the pavement or, say, a car, the bullet holes will look like actual three-dimensional holes.

Personally, my favourite improvement is the new rain: it just looks wetter.