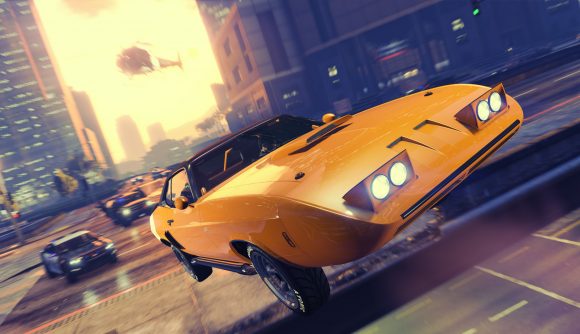 Rockstar has brought oodles of new activities to GTA Online to keep you entertained ahead of Grand Theft Auto’s “biggest update ever”. Now that the update is here, you’ll notice that there is a myriad of new things to do from co-op missions launched from your yacht to the new cars and Open Wheel Races.

If you own the Galaxy Super Yacht you’ll be able to jump into a selection of new missions by yourself or with three friends. Those missions involve a variety of things from deep-sea diving to “high-speed hi-jinks on the high seas”. There are also eight new casino adversary modes you can try with up to seven pals.

You’ll also find 15 new cars available for purchase from GTA Online’s car retailers – I hope you’ve been saving. Those new cars include off-roaders, turnable sports cars, and two new Open Wheel cars. Check out the image from NuroCitrix below for a visual on all the new cars, how much they cost, and where you can buy them from.

If you’re itching for something to do with those new cars then you’ll be glad to know that there are seven new Open Wheel Races to test them out in. If you’re feeling creative, you can also use the new Open Wheel Race Creator to put together your dream street circuit.

There is also a host of general improvements and fixes – for example, Lester will now text you instead of call you for a heist. There’s also the usual weekly activities like the GTA 5 podium car. You can check out the Rockstar newswire post for a brief rundown of all the information.

The GTA Online Los Santos Summer Special’s download size comes in around 2GB, which isn’t too bad at all.

All new vehicles and their prices pic.twitter.com/pfSH0Sq9zC

If you’re looking for some more general help then our GTA money and GTA cheats guides will sort you out.