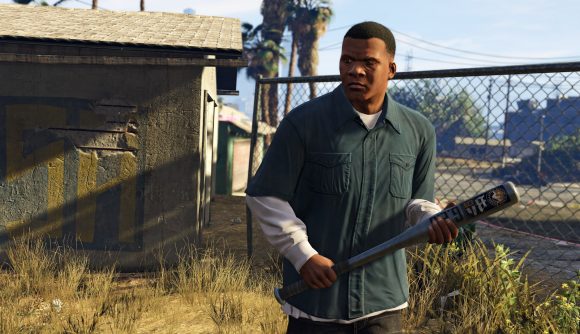 Grand Theft Auto V is one of the best-selling videogames of all time, but despite the game’s success, reports suggest that developer Rockstar Games’ UK studios have not paid corporation tax in the country for ten years.

According to a report from The Scotsman, an investigation by think tank TaxWatch claimed that the studio, which was founded in Dundee before moving to Edinburgh, has not paid corporation tax in ten years, despite allegedly benefitting from a relief fund at the expense of the UK taxpayer.

Set up five years ago, the British Film Institute’s cultural test for video games is a points-based test in which studios need to score at least 16 points out of a possible 31 in order to qualify for a tax break. Points are awarded based on gameplay factors including the game’s setting and original dialogue language, whether the title “reflects British creativity,” the location of the development process, and the citizenship of key members of staff. Studios that apply must be registered in the UK, and exist within the UK corporation tax net in order to qualify.

TaxWatch’s report states that Rockstar North may have benefitted to the tune of £42.3 million ($52.1 million) over the past three years – up to 19% of all the money paid out by the fund since its foundation in 2014. The report goes on to say that “this raises serious questions as to whether the relief is being properly targeted.”

TaxWatch director George Turner told The Scotsman that “the video games tax relief was designed to help developers of games with a cultural content that would struggle to see in the international market.”

While Rockstar provides jobs via its studios in Edinburgh, Leeds, Lincoln, and London, a Kotaku report regarding the development of Red Dead Redemption 2 stated that Rockstar Lincoln had been crunching on the game for over a year prior to its release. The report states that many staff at the studio were temporary contractors on rolling contracts, rather than permanent employees, and that not all contractors were paid overtime.

We’ve reached out to the BFI, Rockstar, and UK videogame trade body UKIE for comment. Rockstar did not offer an immediate response, but the other two organisations have.

“The Video Games Tax Relief (VGTR) continues to be a key driver behind this continued success,” UKIE CEO Jo Twist tells us, “supporting the creation of innovative, culturally creative content made by businesses of all sizes, in a strongly competitive global marketplace.”

“Recent research shows the positive impact that VGTR has on the wider UK games sector. The success of VGTR games directly contributed £294.1m in Gross Value Added (GVA) to the UK economy and that VGTR-supported games provided 9,240 jobs across the industry, including 4,320 FTEs in game development (or 31 per cent of the UK development workforce). And with £156m generated in tax revenue from VGTR-supported games, this means that every £1 invested into the games industry via VGTR generated an additional £4.00 in GVA for the UK economy.”

The British Film Institute says “as long as it’s on expenditure in the UK, I think it’s about those companies growing, and that’s the spirit of what the tax relief was intended for.”