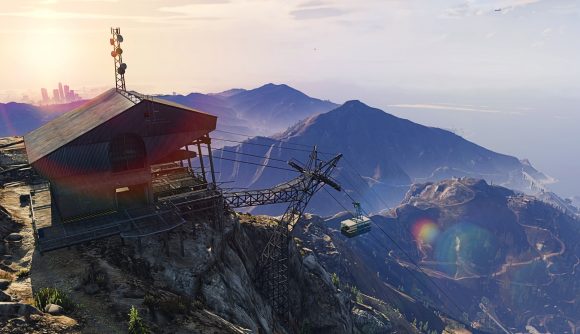 It’s both Thursday and April 1, which makes it GTA Online reset day on April Fool’s Day – a most precarious position for us to be in. Thankfully, there doesn’t seem to be any tomfoolery from Rockstar Games just yet, and the weekly refresh of bonuses and content has gone ahead in Los Santos as normal. Rockstar’s newswire post arrives later in the day, though, so keep your head on a swivel.

This week is a good one to make some extra dosh if you’re a fan of parachuting in GTA Online. The Drop Zone adversary mode is dishing out triple the usual reward, and regular parachuting missions are offering up double your standard reward. Rockstar added Drop Zone missions back in 2016, which task teams with leaping out of an aircraft and taking control of a zone. Standard parachuting missions are a simpler affair and merely involve navigating yourself through checkpoints as you drift to the ground.

If you’re looking for something else to do, though, you can also get double rewards on biker sell missions. These ones are also a doddle and involve setting up a business and running supplies while out in the open world – just look out for parachuters.

You can catch all the vehicle discounts down below – it’s shaping up to be a good week if you’ve been saving money:

Elsewhere, the GTA 5 podium car is the Grotti Itali RSX this week, so take a spin if you think you’re lucky enough to snag it. Looking for something to do offline? Our GTA 5 mods and GTA 5 cheats guides will give you oodles of inspiration.