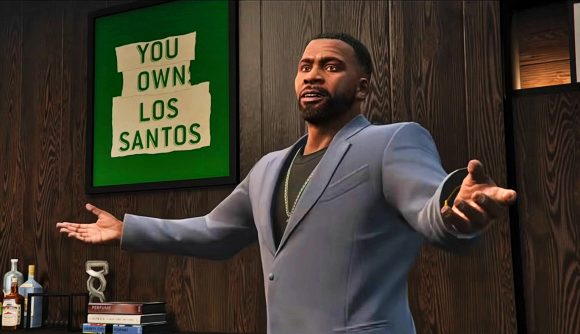 It’s Thursday, GTA fans, and you know what that means. GTA Online‘s weekly update is here, and while Rockstar Games hasn’t put the official notes on the Newswire just yet, players have dipped into Los Santos to see what’s new this week.

The significant new addition this time is a fresh set of wheels. The Obey I-Wagen is now available to purchase from Southern San Andreas Super Autos for $1,720,000 in-game currency. Rockstar introduced the electric four-door mid-size crossover SUV to GTA Online as part of The Contract update, so you may have seen it already if you’ve been doing some work for Franklin.

If you’re looking to raise some dosh this week, though, you’ll want to keep an eye out for Simeon’s contact missions as they’re paying out triple the usual rewards. Meanwhile, the South Central Leak investigation mission and Hardest Target adversary mode pay double the bonuses if you fancy a change of pace. The former is one of the missions from The Contract update, while the latter is a two-team mode where one member from each team starts with more armour.

This week, the GTA podium car is the Declasse Drift Tampa, while the GTA Prize Ride is the Karin Calico GTF, which you can snag by placing first in pursuit races for five days in a row.

Here are all of the discounts:

For more open-world PC games, you can follow that link.