It’s fantastic when classic games make their way onto PC where they can be preserved and enjoyed again by a new audience. Grandia 2 was a brilliant Dreamcast romp where you control and angsty young guy with a pet bird who goes on a quest to slap a god.

You can grab it on Steam orGOGwith 25% off as an introductory deal. It isn’t the first time Grandia 2 has been ported to PC, but this version boasts some bells and whistles that version was lacking.

Among the new additions are some reworked textures, lighting and shaders. Don’t expect the visuals to be massively improved, however, as this isn’t a HD remaster by any means – there isn’t even native widescreen support and the frame rate is locked at 30fps. The modders will save us once again. 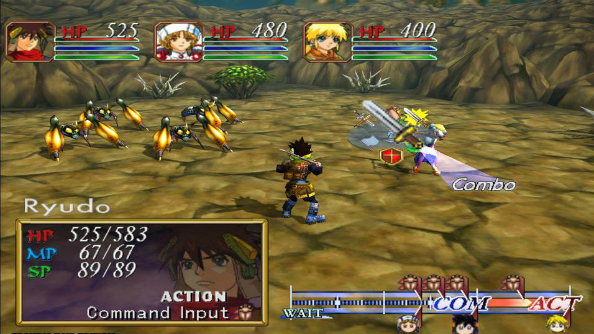 There is, however, the option to use the Japanese voiceovers, an additional difficulty level, gamepad support, remappable keyboard controls and support for Steam trading cards and Achievements. You can even transfer your old save from your Dreamcast, if you still have it.

Now we just need the best RPG on the Dreamcast ported onto PC… Skies of Arcadia, of course.