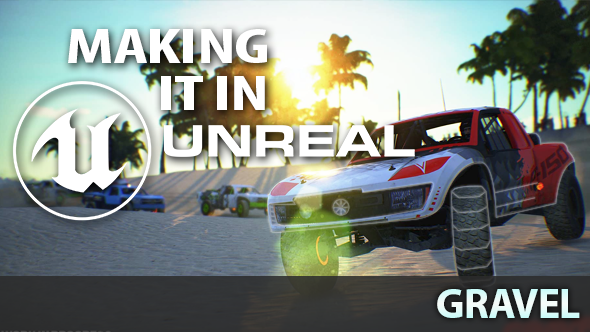 Try and think of a niche studio who’ve been honing their genre for 20 years. Sid Meier’s Firaxis? Crusader Kings’ Paradox? You probably wouldn’t think of Milan’s Milestone, but perhaps you should. From APEX to MXGP2 to Valentino Rossi The Game, they’ve been as pervasive in the driving genre over the last 20 years as Firaxis have been in strategy.

Even with all that experience, however, Gravel is full of firsts. Perhaps the offbeat name says it best: Milestone are going not just off-road but open-world – and it’s been a learning curve as sharp as any in the Nürburgring.

The need for speed(y streaming) 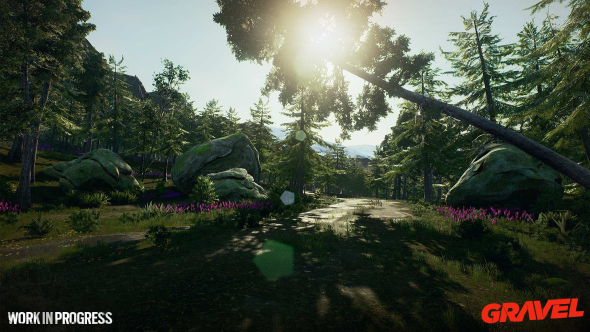 Unreal Engine 4 provides plenty of support for level streaming. The theory behind it is all very sensible: there’s no need to load map files until the player is going to see them. Instead of keeping an entire open-world in memory, the game is better off loading and unloading them as needed. That works great for, say, plodding Fallout 4 – but how does that principle work out in a driving game, where the player can cover great distances in seconds?

“The major issues are related to the speed and the need to update lots of locations around a big area,” Tagliani confirms. “And it was something that Unreal could support but we needed to rework.”

The motorsport heads at Milestone aren’t averse to the idea of engine modification – even when that engine is Unreal 4. Epic give devs access to the engine’s source code, which enables them to tweak how it functions on fundamental level.

“In the end we managed to achieve what we were trying to do, and we reached the point where we could go and work with very large maps quite efficiently,” says Tagliani. “We’re still working on it, but we’re in quite a good spot at the moment.”

The heart of a sim 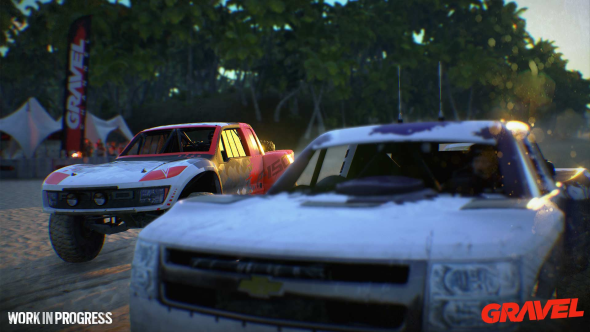 It was an effort made with good reason: over the years working with their own in-house tech, Milestone have developed unique solutions for calculating critical simulation factors like force, pressure and suspension. And while Gravel is an arcade-style racer, it nevertheless has the complexity of a sim purring under the hood.

“We needed to rewrite the system completely in order to achieve the same feeling that we had specialised from 20 years of experience in racing games,” says Tagliani. “We built support for bike physics from the ground up.” 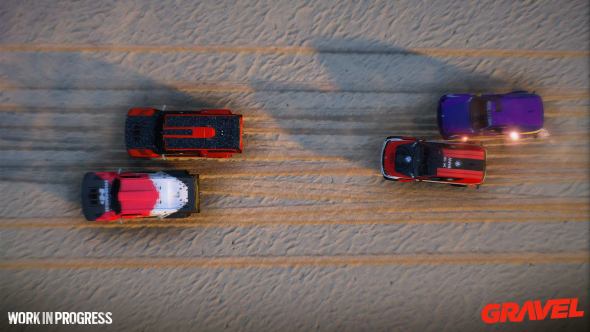 Not all of Milestone’s skills have been transferable. In taking their vehicles off-road, the Gravel team have had to disregard decades of expertise in track design. Besides stadiums and rallycross circuits, they’re now supporting open map races and Capture the Flag. Suddenly, players can take different paths during events. No longer can the developers depend on a car to come to a corner at a particular angle – or even come to that corner at all. It’s utterly changed the way the studio approach routes.

“The main problem is that, with a large area, you need to keep many, many things under control rather than a straight path or a simple track,” says senior R&D developer Alexandre Lebertre. “That, for sure, changed the way the designers manage to create tracks.”

Design hasn’t started with the Unreal Engine editor, but with Google Earth. The team looked for outlandish locations for races and open drives, and found the real world provided more often than not. Sometimes, inspiration struck after holidays abroad or screenings of nature documentaries. That’s the way Milestone landed on Alaska. 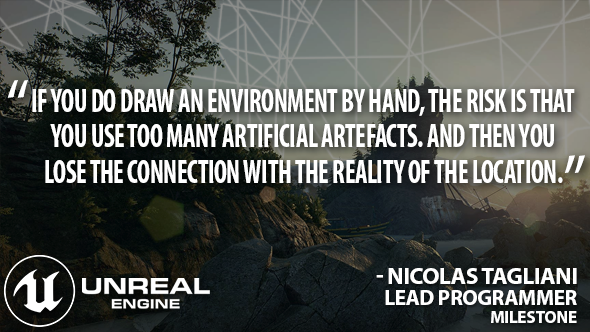 From there, the studio used the 3D terrain generator tool World Machine to extract the satellite topography of real landscapes, using their contours in the early stages of track development.

“In the end, if you do draw an environment by hand, the risk is that you use too many artificial artefacts,” points out lead programmer Nicolas Tagliani. “And then you lose the connection with the reality of the location.

“If you find a good spot, and then you start building from that, everything seems to be much more realistic and well-connected. You build on something that is already there and it starts making sense from the beginning.”

The maps generated in World Machine were imported into Unreal Engine 4 using a grid layout. That grid helped determine how the environment could be divided up and streamed as the player drove around.

“It was a challenge during the prototype phase to integrate all these functionalities,” Tagliani recalls. “But in the end, it really paid off.”

Gravel is coming to the PC. Unreal Engine 4 is now free.