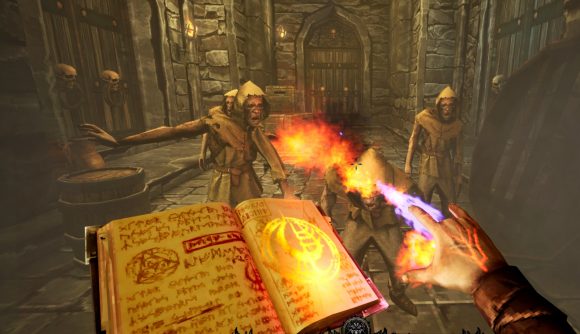 If you’ve ever pined for the gory glory days of dark fantasy FPS classics like Hexen and Heretic, we’ve got good news: Graven, a Lovecraftian fantasy shooter from 3D Realms, 1C, and Slipgate Ironworks, arrives in early access today.

Graven’s style will be instantly recognisable if you were a fan of the early full-3D FPS games like Quake. However, Graven trades nailguns and boomsticks for dark magic and melee, pitting you against “eldritch terrors unleashed by heretical sects and demented sinners.” You are a priest of the Orthagonal Order, and you’ve been exiled to a haunted island with nothing but a single coin, a staff, and a journal to your name.

You’ll eventually complement this meagre kit with flails, wrist-mounted crossbows, and explosive peat – as well as with a library of devastating spells and unlockable abilities when Graven leaves early access sometime next year. In the meantime, you’ll get to explore the first of three planned regions. The initial early access build includes the area known as Cruxfirth, which is a plague-ridden village unadvisedly built in a swamp. 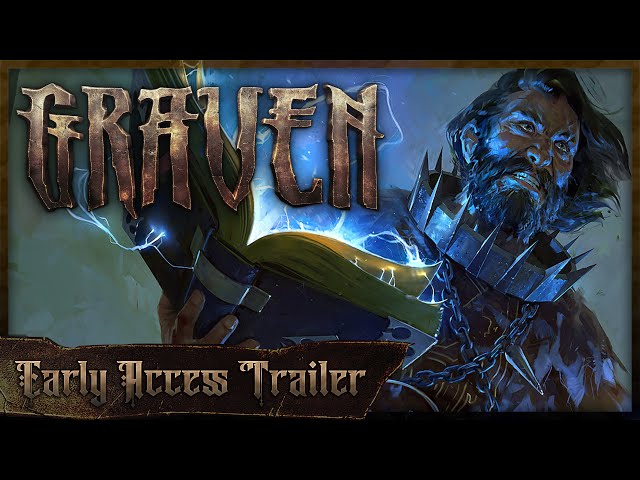 Graven is available in early access on Steam, GOG, and the Epic Games Store. You’ll be able to look forward to additional areas, new quests, more enemies, and extra secrets over the course of the coming year – and eventually, you’ll also be able to play it in split-screen co-op with up to three other players.