Since the first instalment in 2008, Grid has been Codemasters’ premier autosport offering, complimenting its F1, rally, and various arcade series with grounded track racing. The latest, which launches October 11 on Steam, is something of a reboot – a move Codemasters is an old hand at now, after transforming the Colin McRae Rally series into Dirt and Dirt Rally, and TOCA Touring Car Championship first into the Race Driver games, and then the initial batch of Grid titles. This latest instalment takes the same diverse events (GT, touring, muscle, stock) and adds several new features.

The biggest of which is the nemesis system. Here, bashing opponents builds a rage meter, and if you trade paint too much, you’ll trigger them. ‘NEMESIS: Saskia’ will flash up on screen (that is, of course, if you have in fact angered Saskia), and a glance in the rearview mirror might show a rather erratic vehicle now speeding towards you. Beware Saskia and her low tolerance for nonsense.

Nemeses leave manners by the roadside and attempt to barge you into oblivion, even going so far as to spin you out for your lack of respect. You can make up to five enemies over the course of the race (much like in life) which turns the pack into a bunch of aggro Herbies, but they’ll calm down once over the finish line (again, very much like real life).

This seems a shame. Persistent rivalries might have lent an interesting hook to career mode, following you between events and giving your reckless actions consequence. Instead, regardless of how poorly you treat them, opponents have either the patience of a saint or the memory of a goldish, instantly moving on with their life and forgetting you ever jeopardised their spine. 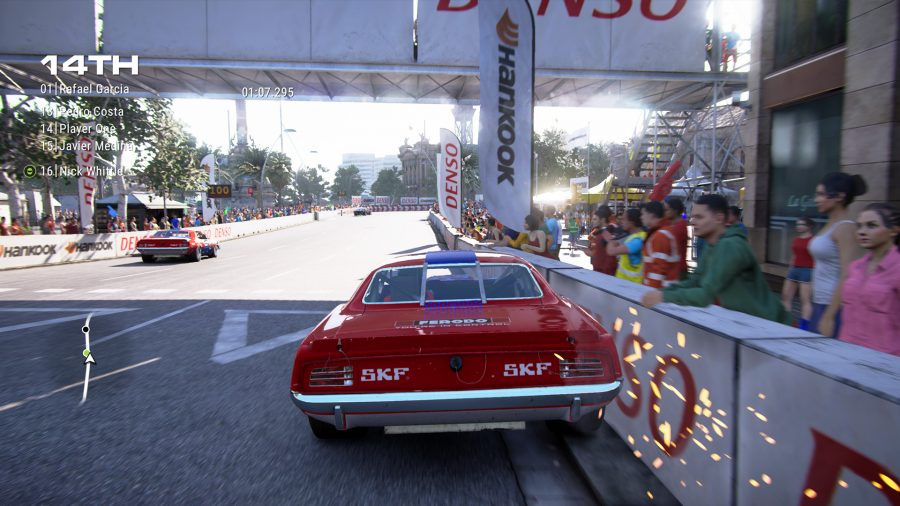 Even on a race-by-race basis, the nemesis system doesn’t quite work. With up to 16 competitors constrained by narrow city tracks set in the likes of downtown Barcelona, San Francisco, Havana, and Shanghai, it’s almost impossible to avoid collisions. As a result, turning someone into a nemesis is less emergent incident than inevitability. This is Codemasters’ attempt to inject a little unpredictability, but it actually has the opposite effect, coming across as fated instead.

Competitors seem to have only two behaviours: driving calmly or baying for your blood

A subtler way Grid attempts to induce drama is by varying the AI. Opponents have different behaviours assigned from a pool of 400 personality types. In practice, however, they’re difficult to discern. How many different ways can a car emote? Sometimes you’ll see one snag a corner and spin out, but you’re not going to yourself, “Ah, that’s the ‘moron’ AI archetype in full effect.” That’s just what happens during any race. So, in essence, your competitors seem to have only two identifiable behaviours: driving calmly or baying for blood, depending on how much of a dick you’re being.

Thankfully, Grid has it where it counts, and that’s the handling. An expected compromise between arcade and authenticity, vehicles feel weighty but not unruly, burning rubber across all manner of courses both real and fantasy. On Codemasters’ spectrum it’s somewhere between Dirt Rally 2.0 and F1 2019, heavier than the former and looser than the later. Try the cockpit cam for maximum immersion, which highlights the roaring engines and wheel-to-wheel intimacy that characterises autosport. 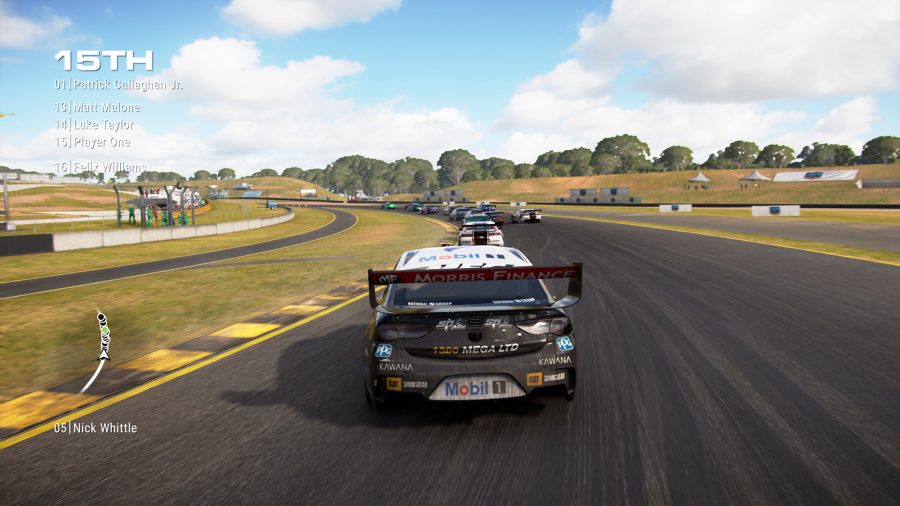 The game’s environments are also lovely. Power sliding around a dark and stormy San Francisco as droplets stream down your windshield, speeding down bright Barcelona avenues while powerful orange sunbeams peek between buildings, and navigating the neon-lit streets of Shanghai at night… moments like these really stick in the mind, and elevate the game. We’ve all driven Brands Hatch and Silverstone – Grid is at its best when it lets its creativity shine.

So far, the nemesis system and promised AI trickery don’t quite the deliver the nuance we’re hoping for – perhaps this will improve post-release. Even so, while things may change when Need for Speed: Heat comes along in November, Grid currently looks set to lead the pack in 2019 when it comes to bombastic, accessible, and beautifully presented autosport.