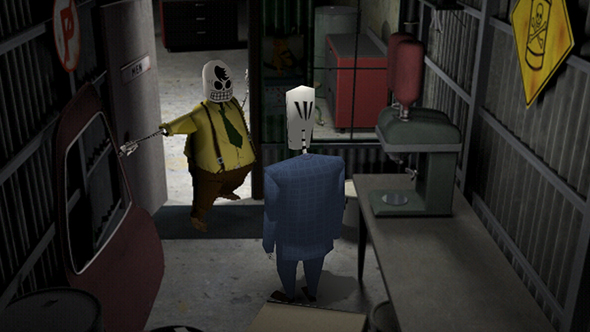 E3 is typically about new and upcoming games, but sometimes it’s best to also take a look back. Grim Fandango will celebrate its 20th anniversary this year, and it’s heading to one of E3’s biggest stages to celebrate. The original cast and director Tim Schafer will take to Geoff Keighley’s E3 Coliseum to properly memorialize the last hurrah of the classic adventure game era.

Want more nostalgia? Get in on the best classic PC games.

Those festivities include a “live read from the full original cast” in addition to live music and some sort of Schaferian appearance. Also “more surprises” according to Keighley, which is just delightfully vague.

Keighley says he and his crew have “been working for years to stage something like this.” The E3 Coliseum has previously hosted panels and talks from a wide variety of industry folks, including post-mortems on classic games, but this is certainly the biggest production yet. We don’t know who all from the cast will be there, but names like Tony Plana as Manny Calavera and Alan Blumenfield as Glottis have had pretty successful TV careers following Grim Fandango’s release.

If all this is sparking a need to play the game, Grim Fandango Remastered is probably the way to go. You probably already have it because of any number of free game promotions, after all. Maybe we can hold out hope for a Grim Fandango 2 – Psychonauts 2 is happening, after all.