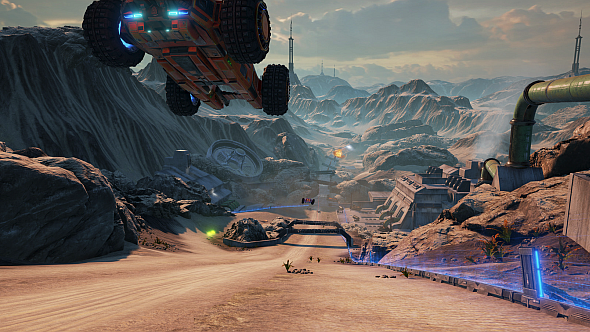 Grip, the spiritual successor to stylish ’90s combat racer Rollcage, just got multiplayer (and a few other things) in a new update. To celebrate, it’s 20% off until April 11.

Remind yourself of the classics in our list of the best old games on PC.

The news comes via an announcement on the game’s Steam community, which also gives some advice on finding games. You can host, search for games according to your settings, and even vote on settings to be used in the next match in the lobby.

The multiplayer update adds a few other features, such as a new car (Cygon Tempest, which will be the fastest in the game), a new racetrack (the mountainous Norvos Acrophobia, which will be the hardest in the game), and tweaks to vehicle handling, stability and collision. Pickups have also been rebalanced, if you were sick of always collecting EMPs.

Rollcage, released on PC in 1999, was a combat racer with bags of style and fun innovations, like destructible buildings and letting you keep driving even if the car or the road (or both) were upside-down. Think Mario Kart, but with a slick futuristic aesthetic. Grip brings it right up to date, and indeed is made by some of the same developers.