If you were lucky enough to own an RC car in the ‘90s – or simply to watch the TV adverts that ran near-constantly throughout the decade – you might remember they tended towards flatness. This was in support of a great innovation: reversible driving. Thanks to wheels that extended high above the bonnet, these rad rides could flip over and keep on going.

Grip, the combat racer in Steam Early Access, is exactly that. As the spiritual successor to the PlayStation’s Rollcage series, it’s dedicated to driving in reversible vehicles fitted with missiles, at speeds so high you cling to the walls and ceiling as often as the road.

“Getting to that point has taken a long time,” Wired Productions product manager Al Hibbard tells us. “And it’s taken the expertise of Robert Baker, who was one of the original Rollcage devs.”

In the early stages of development, developer Caged Element found Baker’s blog – where it transpired he was still updating Rollcage for the PC so that it would run on the latest versions of Windows. He’s now lead developer on the game, reimagining the game as Grip in Unreal Engine 4. 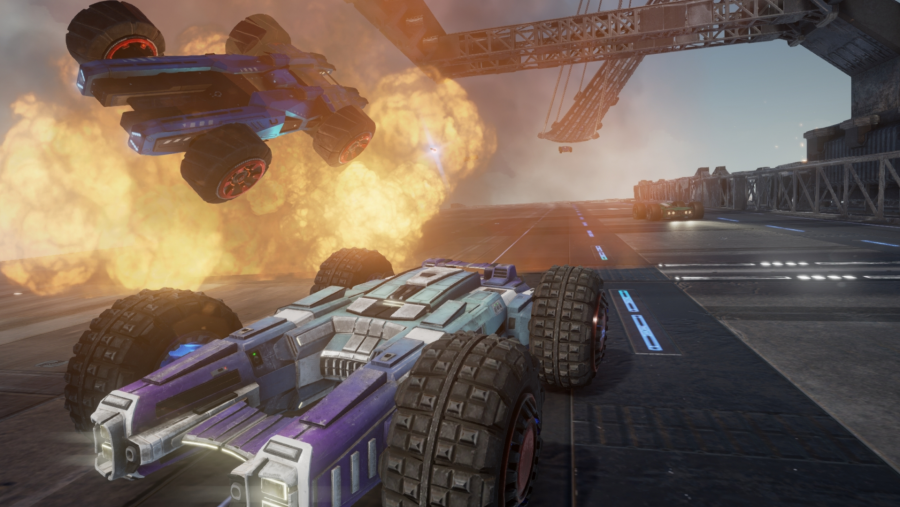 A futuristic kind of physics

Hibbard likes to describe Grip as the fastest game on four wheels. “Which I know sounds like a bit of a claim,” he says. “But there’s a lot of physics work that’s gone into it to get it to the point that it is.”

While there are plenty of anti-gravity racers around – from Wipeout to its more recent PC equivalent, Formula Fusion – it’s unusual for a 700 mph sci-fi driving game like this to have its wheels planted on the tarmac. It’s a decision that brings difficulties.

“Making an anti-grav racer would have been infinitely easier, just because of all the complications that contact with the floor brings,” Hibbard says. “All of the lumps and the bumps, and making sure you’ve got sufficient downforce to keep the car on the ground.”

Downforce becomes a particular concern when, often, Caged Element has to decide on the fly which way is down. If momentum carries you up the side of a tunnel and onto the roof, the game has to flip the centre of gravity at just the right moment to keep you from crashing unceremoniously to the dirt. Indeed, Baker describes it as teaching cars to fly.

That said, while Grip is no simulation, there’s no speed trickery involved in this future car fantasy. “There’s no hack in the speedo or anything like that,” Hibbard says. “It’s all properly scaled. It is a true experience.” 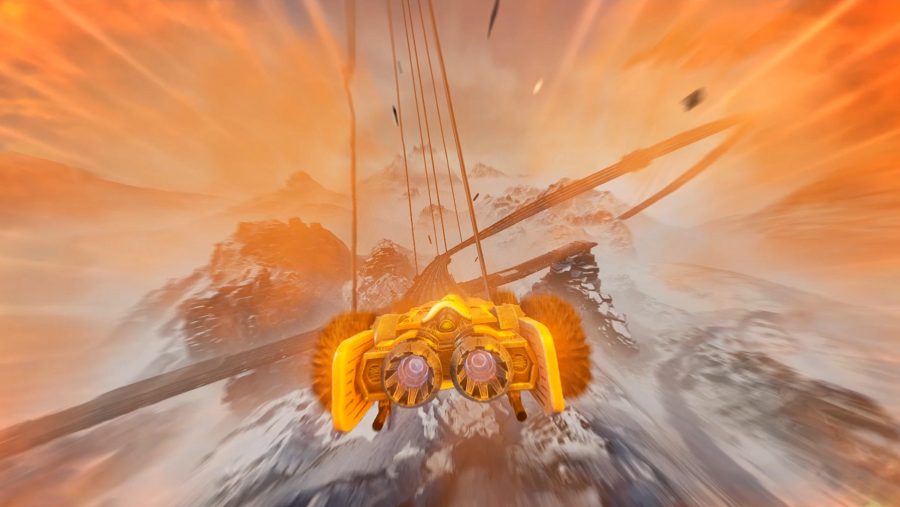 Caged Element picked Unreal Engine 4 for a few reasons: multiplayer credentials; visual edge; and, primarily, performance. “Frame rate is so important in a racer like this, so that has to be our priority,” Hibbard explains. “On PC, if you’ve got good enough hardware, you can get a 60fps 4K game out of this. We’re still doing little bits of optimisation.”

It’s a very different story to Rollcage as that was limited by the hardware of the PS1. Thanks to modern systems, Grip can comfortably stretch to split-screen. “It disappeared after Halo 3,” Hibbard says. “But I think split-screen is popular. I grew up with five siblings. There’s a market for it, it just hasn’t been provided.”

The worry for many devs is that split-screen could threaten that prized frame rate, but Caged Element has made it work.

"I think having catch-up assist is really important," Hibbard says. "If you talk to Robert [Baker, Rollcage developer], one of things he would say they got wrong in the original Rollcage was that you could get hit on the starting straight by a weapon that was ridiculously overpowered and you would never have a chance to catch up."

“It’s something that we’ve had to look at and carefully optimise,” Hibbard says. “Obviously, if you want the full, high-resolution, super frame rate experience then that is best in single-player. But, to be honest, the game is more than achieving a decent frame rate in split-screen.”

While the Nintendo Switch can muster the frame rate to support two local players, PC is the best place to play Grip in couch multiplayer – tying four friends to one (preferably extra large) monitor. But the other place the game shines like a box-fresh RC car is in its solo time trials.

In the mode Caged Element has dubbed Carkour, race courses give way to abstract tests of timing and momentum. It’s where Grip really earns its name, and shows off the physics its team has grappled with. Turns out there’s nothing quite like driving on the ceiling.

In this sponsored series, we’re looking at how game developers are taking advantage of Unreal Engine 4 to create a new generation of PC games. With thanks to Epic Games, Caged Element, and Wired Productions.