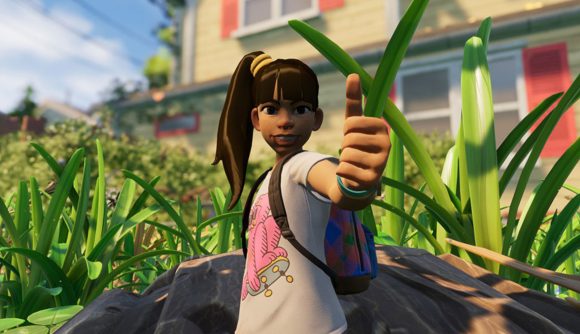 A small team at Obsidian is building something much different than the classic RPG games the studio is known for, but if you’re sceptical about how the company’s take on survival games will turn out, there’s good news: Grounded is getting both a beta through the Xbox Insider system and a demo in the Steam Game Festival next month.

The single-player Steam demo for Grounded will launch on June 9, and will be available until June 14. Obsidian says this will let you “experience a day as a shrunken teenager through your Steam client”, so expect a fairly limited look at the game through this promotion.

The Xbox Insider flight will be available for the same period – June 9 through June 14 – but will be distributed only to a limited number of participating players on Xbox One and PC. If you want to sign up for selection, you’ll need to download and install the Xbox Insider Hub through the Microsoft Store.

The Grounded release date is currently set for July 28 across Steam and Microsoft’s own platforms, but it’ll only be in Early Access – the full launch is scheduled for sometime in 2021.

Grounded will release its Xbox Insider flight AND participate in the Steam Game Festival on June 9th!

More ways to play the single-player demo means more of you get to play! 🙌

🗓 See you in the backyard on June 9th! 🏡https://t.co/2hPDWx4mHj pic.twitter.com/ACqQ9cxLhf

Grounded’s ‘Honey, I Shrunk the Kids’ take on survival looks cool, and we’ll learn a whole lot more about it very soon. In the meantime, check out the best free Steam games on PC.