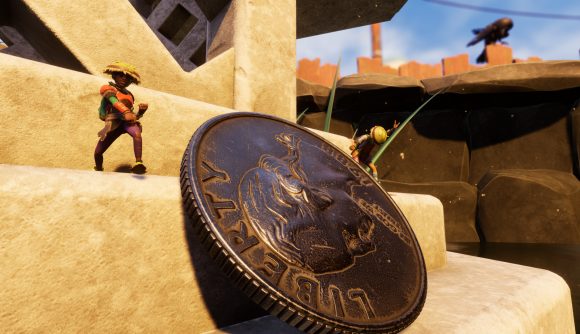 You can already build some impressive stuff and flex your creativity in Grounded, but it’s still in early access – and that means the danger of save wipes will be hovering over everything you create. The devs at Obsidian are trying to avoid forcing you into that situation, but as the game continues to evolve, you might want to start fresh anyway.

“[Save wipes are] something that we definitely try to not do, as much as we possibly can,” game director Adam Brennecke tells us in an interview. “I don’t know if we can 100% do that over the course of early access – I think that’s something we have to continue to evaluate. There might be something – I was just discussing this with the team – adding in a warning, so you can load an older save, but we might just have like ‘hey, we recommend that you start fresh.’

“I don’t think that there’s any big technical reason that you can’t load an old save game, but I think there might be a point where we want to get as many eyes on some of the early content, as well. So there might be a good reason just to recommend players start fresh, making sure that they get the full experience of the storyline.”

Grounded is a story-driven take on survival games, but for now that story is pretty thin. Revamps to make that story content more robust are coming as Obsidian builds toward the end of the game’s first act, so maybe you’ll want to store your favourite bases in an old save while starting up a new file to see the new content.

Grounded’s big November update is giving us the nightmare of diving bell spiders, plus a whole lot more.