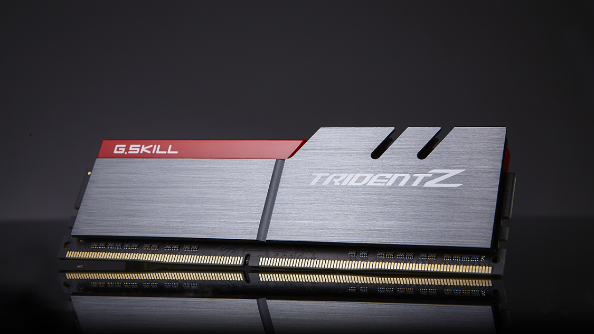 Memory, as Barbara Streisand would have it, lights the corners of one’s mind. It also allows data items to be accessed (read or written) in almost the same amount of time irrespective of the physical location of data inside the memory, which is I’m sure what Streisand was alluding to with her misty water-cloured lyrics. But surely not even a DDR RAM expert such as Babs could have anticipated DDR4 memory with such blistering speeds as G.Skill’s Trident Z kits.

Got an eye on the hardware market this festive season? Our Black Friday PC deals guide is here to help.

G.Skill’s latest line of Z170 chipset-based memory modules hit some impressive speeds in Skylake-based system builds. In fact, they’re the first DDR 4 modules to break the 4000MHz barrier. The company’sF4-4266C19D-8GTZ spec modules, available in 2 x 4GB models, have been tested at 4266MHz. That speed comes with a latency of19-26-26-46-2N.

The 1.4V power requirement isn’t unreasonable either, given that mammoth operating frequency.

It should be said that enthusiast kit such as this exists not to provide a frugal performance boost to your frame rates, but for its own sake. For some, PC building is an endless number-chasing game; a whirlwind of artificial benchmarks, BIOS screens, temp readouts, and system hangs.

It’s for the overclockers that this G.Skill RAM exists – if you’re looking for the component upgrade that’ll drag your Witcher 3 frame rate up from that agonising 57fps, this isn’t it. If you’re into 4K video editing or audio production though, you can never have too much RAM.

G.Skill haven’t released pricing or availability info on the new Skylake Trident Z modules, but keep an eye out for an announcement soon.