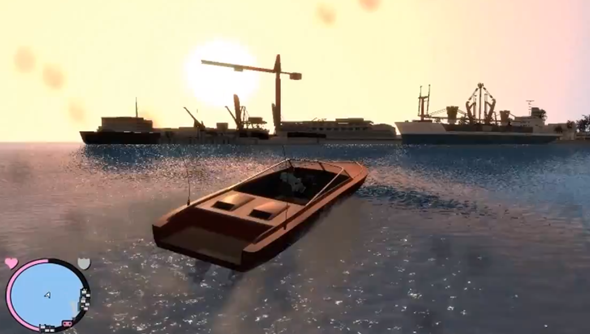 Rockstar’s 80s-inspired, Billy Idol-powered, neon-coloured Grand Theft Auto: Vice City is being ported over to the much more modern RAGE Engine, the technology that sits under 2008’s Grand Theft Auto 4.

It still has a number of the hangups and limitations of 2002’s Vice City but it has the physics and graphical updates of the 2008 game.

The mod’s being crafted by Garju67, the same modder who’s behind the port of Grand Theft Auto 3 into the RAGE Engine.

As you can see from the video, the geometry of the cars and buildings is pretty simple, with a lot of hard lines on show. Garju hasn’t outlined his/her development plans for the mod, so it may be that future updates will include modernised vehicle models or updated buildings. What we could see from the video, though, is that Garju is recreating the locations and missions of Vice City, ripping the audio from the original game to make the mod feel as close to the 2002 game as possible.

Though, simply moving the assets of the old game into the engine of the new has had a noticeable improvement on the clarity of the rendering. Compare the video above to this in-game footage from the original Vice City:

There’s no word on a release date for the this Vice City mod, as yet. To tide you over till release you can always play the GTA 4 mod of San Andreas.

Can you run it? Test your PC against the GTA 4 system requirements 2021.