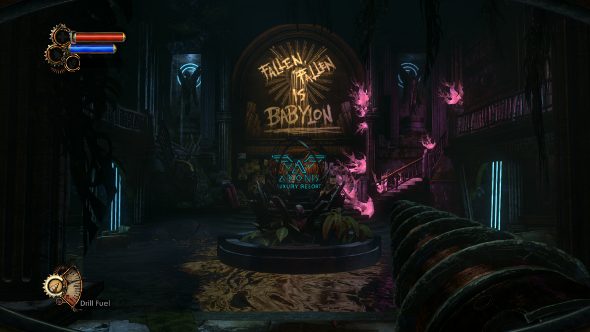 Videogame movies are mostly bad. Let’s just get that out of the way. Still, that means the odds are that there has to be a good one soon. Perhaps Take-Two can buck the trend, since the publishing giants have just licensed out some unnamed IP for movie adaptations.

Take-Two certainly has some promising videogames for the adaptation treatment. BioShock is an obvious one – imagine the story of that, minus all the picking through bins. Then there’s Max Payne, GTA, Red Dead, and XCOM.

I’d probably give most of those a chance on the big screen. Take-Two aren’t currently saying which franchises they’re licensing out, however.

“We have licensed a couple of titles for motion picture production and we don’t have much more to say about that yet,” Take-Two CEO Strauss Zelnick told MCV.

The CEO goes on to say that he’s open-minded about movies and TV, but Take-Two won’t be investing any money into it, since the track record isn’t exactly glowing.

Instead, the firm will be opting for licensing agreements that give them creative control, making sure the end product aligns with their vision of the universe. Directors will love that.