GTFO, the co-op game about skulking into the depths of a terrifying underground complex, and then doing what it says on the box, has just released Rundown 004, which brings with it new levels, new enemies, and new environments the way past rundowns have done. But it’s also bringing with it two huge new features: in-game matchmaking, and something developer 10 Chambers is calling ‘layered difficulty.’

Since its Early Access launch last December, GTFO has relied on third-party matchmaking to fill out its four-person squads. That’s usually been handled at the official GTFO Discord server, which now has more than 200,000 members. You would hop on the server, jump into one of the voice chat rooms, and let everyone know you were looking for a group. Once you had assembled a team, you could head into the depths to explore and hopefully escape together, alive.

“As GTFO requires a lot of communication and teamwork, we haven’t wanted to use a basic match-making system, as it could generate poor matches and risk giving new players the wrong experience”, said Simon Viklund, GTFO’s composer and level designer. “We’re starting off with it in alpha mode and will continue to develop it iteratively as we go on to see how it works with the volume of players we have.” 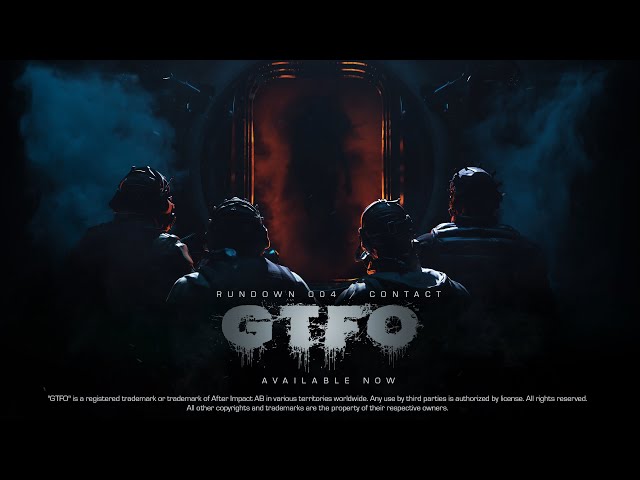 We haven’t yet had a chance to test the new matchmaking system, so it’s impossible to say how well it works when you’re teamed up with random squadmates. However, it’s been a feature that players have been desperate for since the horror game launched last year, and as 10 Chambers says, it’s bound to evolve over time.

Rundown 004 also introduces ‘layered difficulty’ to GTFO. Rather than selecting a difficulty level at the outset of an expedition, the challenge you’ll encounter is determined by the path you select as you move forward. “Depending on what route route you choose throughout some of the expeditions, you find it either very hard – or extremely hard,” says Ulf Andersson, GTFO’s creative director. “This will make it easier – or should I say, less hard – for new players to take on GTFO, but at the same time giving our more seasoned community members a hardcore challenge right from the first expedition.”

Finally, 10 Chambers have brought aboard Adam Gascoine, a veteran of Doom, Doom Eternal, and The Last of Us, to help fill out GTFO’s backstory and lore. What we’ll be seeing out of that collaboration is as yet a mystery, but 10 Chambers says this Rundown is called ‘Contact’ for a reason. Oh, good.

You can buy into GTFO Early Access on Steam. As we noted, it’s a perfect choice for the Halloween season. Whatever you do, don’t wake them up.