It’s the spooky season, and for our money, GTFO is one of the spookiest games out there right now. It’s still in early access, but next week it’ll see the arrival of its fourth rundown – meaning a new set of levels, challenges, and horrifyingly disfigured monsters to skulk past.

Rundown 004, titled Contact, is set in a new environment called the Datacenter. Developer 10 Chambers hasn’t provided many details about it yet, but from the one screenshot included in the announcement, it looks like a System Shock-style server bank, reminiscent of the ‘MOTHER’ control room aboard the Nostromo in Alien. The Datacenter is reportedly home to a “new, creepy enemy”, as though the enemies in GTFO weren’t creepy enough already.

We’ll also have access to new weapons and tools, and 10 Chambers says it’s got some surprises up its sleeve as well. All in all, the developer says, it’s the biggest update the horror game has seen to date – and it’s arriving October 22. That means you have seven days left to complete Rundown 003.

Just as important as the new rundown challenges coming with this update are the new core features arriving in the game. Again, 10 Chambers is playing its cards close to the vest here, but it says these “will excite both hardcore seasoned members of our community as well as new players (hint, hint)”. 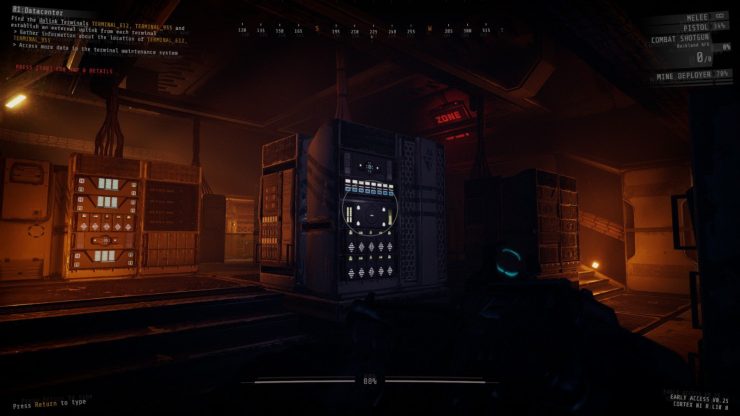 The developers have reiterated that message on the official GTFO Discord server, saying “As you can see, we’re in the final stretch. We have a lot of great features coming for you prisoners, and we snuck in some things I’m sure you’ll like.”

What those new features are we can only guess, but we’re encouraged by the hint at some attention paid to new players – GTFO is a daunting co-op game to get into, and not least because of the lack of matchmaking (that feature is in the works, however). We’re hoping to see some additions to help ease the onboarding process, because GTFO is a great game – and it’s perfect for Halloween.