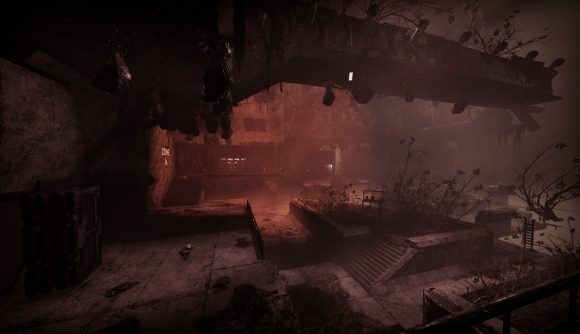 Around the PCGamesN offices, we constantly find ourselves saying, at completely random times in the day, “You know what, horror co-op game GTFO still isn’t pants-soilingly scary enough.” This happens at lunch, during meetings, and even when nobody else is around to hear it. It’s a serious issue and we’ve got someone coming in to talk with us about it. Fortunately, 10 Chambers has just released the latest rundown, and it may solve at least some of our problems.

The Swedish developer says Rundown 5.0, or ‘Rebirth,’ is GTFO’s biggest title update yet. The underground complex is growing with a whole new environment called ‘the Floodways.’ It’s deeper down in the complex than we’ve ever ventured before, and it’s a place where 10 Chambers says “nature has sought to reclaim the domain.”

There’s even more of an Aliens vibe in the new environments, as you can see in the trailer below. The Floodways also contain new clues about why the prisoners are at the mercy of the horrible warden who keeps sending you on these ill-advised expeditions in the first place, so there’s new GTFO lore to discover as you embark on this latest expansion. 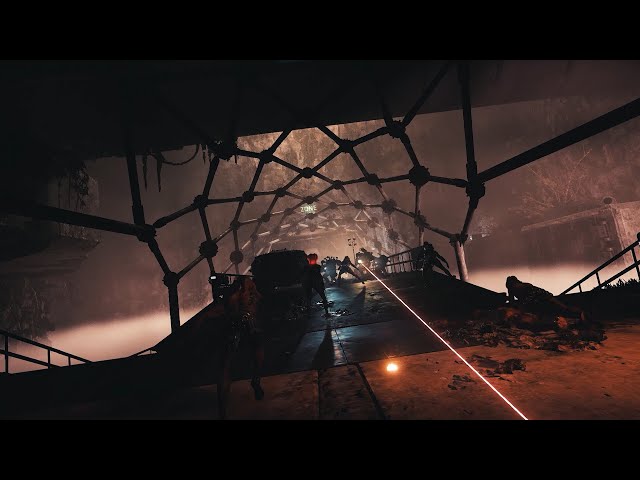 One of the new additions to GTFO is a new enemy called the Spawner. It’s a pendulous polyp that hangs from the ceiling and drops monsters onto the floor – typically in areas you’ve already been through and cleared. That’ll be important to keep in mind: you’ll want to look up from time to time to make sure you aren’t going to get some twisted abomination dropped on your head.

There are also new booster implants that you’ll earn by collecting artefacts during your expeditions. Trade these in to the warden and you may win one of these special injectables that enhances your abilities. You’ll keep the benefits for subsequent rundown playthroughs even if you die, so boosters are a nice new incentive to keep playing, even if you’ve been reduced to a quivering pile of nerves.

“We believe the addition of booster implants gives players an optional gameplay mechanic that not only enhances replayability but also accessibility to those facing too much of a challenge when they first start playing GTFO,” says creative director Ulf Andersson. “In combination with layered difficulty and other quality-of-life improvements, we maintain GTFO’s challenging gameplay for hardcore gamers but ensure that new players are welcome into our fantastic community.”