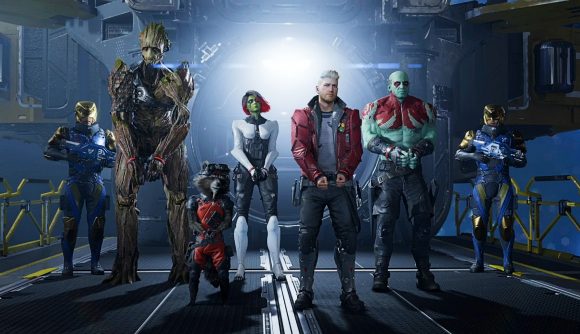 October 21, 2021 Developer Eidos Montreal has reached the “last stages of of optimisation,” and has somehow managed to slash the storage requirements from 150GB down to 80GB.

While Marvel’s Guardians of the Galaxy is full of hard decisions and multiple choices, its linear approach to the story means it probably won’t fill that Mass Effect-shaped hole in your life. Guardians of the Galaxy’s system requirements, on the other hand, appeared on Steam today, and they’re roughly similar to Mass Effect: Andromeda’s. If you can play that, then you should be able crank up that cassette and rock out to some ’80s tunes as you cruise around space with little issue.

The two games recommend the same Intel processor, while Guardians of the Galaxy adopts Andromeda’s recommended Nvidia graphics card as its minimum barrier to entry. If your gaming PC packs AMD, however, then you might need to check your specs against the requirements, as it’s not quite as simple.

One thing you’ll notice is that Guardians of the Galaxy is a bit chonky, taking up 150GB of storage. This is unexpectedly three times larger than Andromeda, but games have come a long way in four-and-a-half years. Unlike most modern releases, it doesn’t explicitly suggest that you should install the game on the best SSD for gaming, but it will undoubtedly cut down loading times as you zip around the galaxy than if you use a mechanical hard drive.

Here are Marvel’s Guardians of the Galaxy system requirements:

Most gaming CPUs and GPUs released in the past four years should play Guardians of the Galaxy just fine, but team blue users have a lot more elbow room with the suggested Intel processor being a whopping seven years old at this point. We won’t know exactly how optimised the game is until the Guardians of the Galaxy releases on Steam, Epic Games Store, and the Microsoft Store later this month. 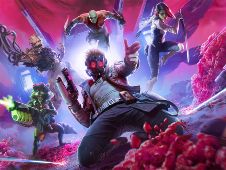 Still, if you want to push for Guardians of the Galaxy’s support for 8K resolution or more realistically opt for real-time ray tracing and HDR, you’ll have more of a challenge on your hands and will almost certainly need to make use of Nvidia DLSS to help boost fps.

Can you run Marvel’s Guardians of the Galaxy? Our friends over on PCGameBenchmark can shed more light if you need to prepare your rig for Star-Lord’s arrival.

Update: Developer Eidos Montreal has somehow managed to halve the whopping 150GB storage expectations to a much more manageable 80GB, crediting the shift on Twitter to “the last stages of optimising the game.” Whatever’s behind the magic, at least you won’t have to uninstall loads of games to make room for Marvel’s Guardians of the Galaxy when it lands next week.