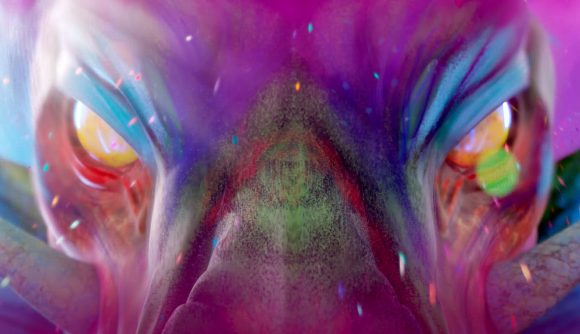 Guild Wars 2’s year-and-a-half-long epic, The Icebrood Saga, comes to dramatic close today with the launch of its final chapter, Judgment. That means it’s coming up to the time when we find out what’s next for ArenaNet’s MMO fantasy game – and the studio’s got some exciting news on that front. End of Dragons, the MMORPG’s next major expansion, is getting unveiled this summer.

ArenaNet has announced that July 27 is the big day for the reveal, sharing some concept art (which you can check out below) for the upcoming expansion to tide us over until then. Giving a flavour of End of Dragons’ setting and new locations, the concept art points to some pretty fantastical-looking spots players could be heading to when it arrives. We can see a cathedral-like structure nestled in an enormous, gnarly tree, and an ornate doorway lodged in what looks like a desert chasm, with a façade covered in fungus-like ridges and roofs.

As for what will be unveiled at the reveal, ArenaNet’s keeping its cards close to its chest for now. However, the studio says there’ll be a livestream offering details about the expansion’s story and setting, and some information about when players can dive into some upcoming End of Dragons beta events.

July 27 is a little while away yet, so to tide fans over ArenaNet has posted a roadmap of things headed to Guild Wars 2 in the meantime (also below). On May 11, the game will get an update aimed at balancing its professions and elite specialisations, which will shake up the MMO’s meta a bit. 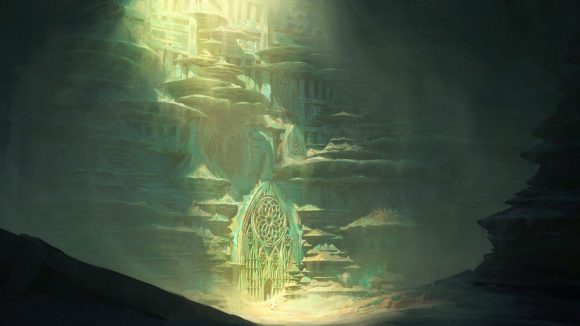 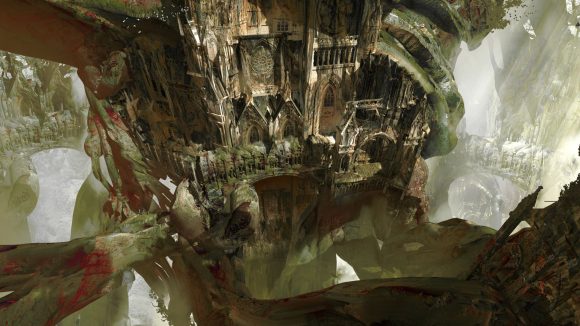 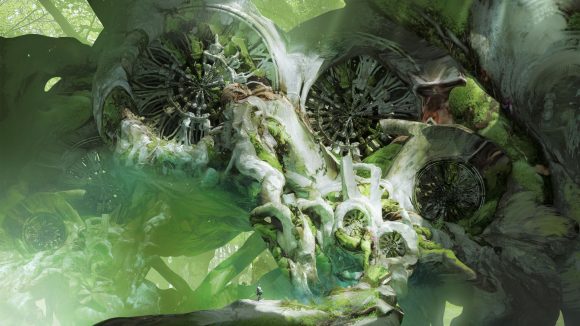 On May 25, a promotional window will open up making past Living World episodes free for everyone who logs in while it’s live. These will get rolled out weekly in chronological order, and there are some unique rewards up for grabs – for example, a voucher which will help you get started crafting a third-generation legendary weapon when the expansion rolls around. 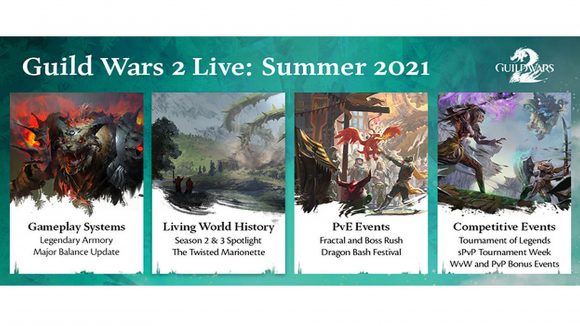 July 13 will see a “beloved” boss make their first appearance in the game in seven years and a Living World Season One’s Twisted Marionette limited-time bonus event. Both of these will see some tweaks to bring them up to the scratch of the modern game.

On the same day, a new feature called the Legendary Armoury will hit the game, giving players a “new and improved” way to manage all your best kit, and letting you access your legendary items across all of your account’s characters, as long as they’re level 80 or above. There are also some competitive events on the way this summer. You can find out more on the Guild Wars 2 blog, with more details to follow soon. 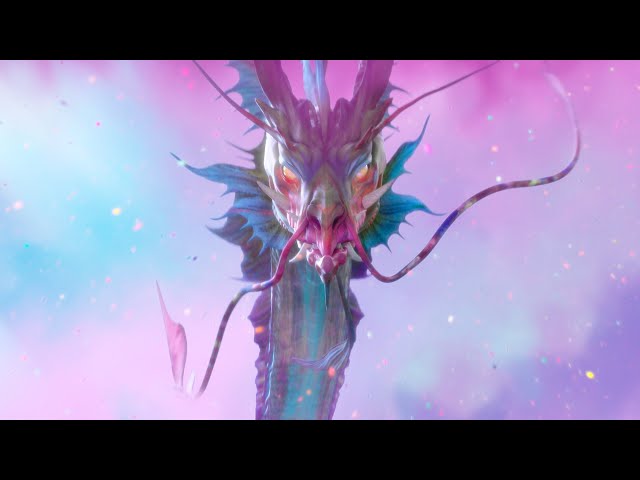 For now, Judgment – the Icebrood Saga’s huge finale chapter – is here, with the epic showdown between the dragons of ice and fire Jormag and Primordus taking centre stage. As senior game designer Bryan Yarrow tells us, “this world boss encounter, Dragonstorm, really ups the stakes and the chaos by placing Jormag and Primordus on opposite sides of the battle, then dropping the players in-between them to act as a balancing force.”

One of key ways this will manifest, the dev explains, is “when it comes time to take on the elder dragons’ champions directly – to maintain the balance, Ryland and Braham must be defeated at the same time, which is no easy task considering the power of the foes the players are up against! Players will need to be sure to communicate with each other in order to keep the battle from descending into chaos.” It’s live to get stuck into now if you own Path of Fire, which should tide you over until the summer of events and End of Dragons reveal roll around.