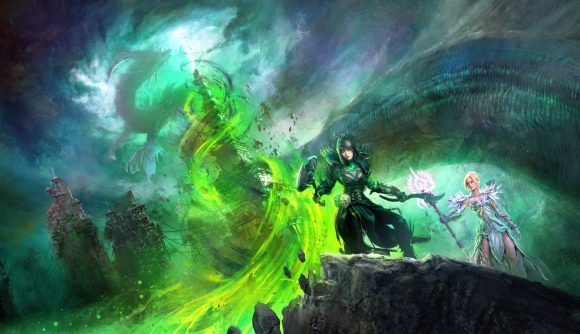 Guild Wars 2’s End of Dragons expansion might have been delayed, but we’ve at least now got our first look at what’s to come to the fantasy MMORPG when it arrives. ArenaNet has just unveiled End of Dragons in a livestream, revealing the land of Cantha that the expansion will take players to, some of the new content coming, and the pre-order versions that’ll be up for grabs. Plus, we’ve now got a new release window, which is set for February 2022.

End of Dragons will take players to the mythical land of Cantha, which is a lush and mysterious land that’s been closed to the rest of the world for more than 200 years in the game’s lore, and last made an appearance in the MMO series in 2006’s standalone expansion Guild Wars Factions. A magical curse called The Jade Wind devastated parts of Cantha, and now the dragon cycle that has both sustained and threatened the region for a long time is beginning to collapse.

From the reveal trailer and screenshots – which you can check out below – the new location looks to be very different from those introduced with Guild Wars 2’s latest expansion, The Icebrood Saga. This time there are serene – though, of course, troubled – lands full of cherry blossom trees, ornamental buildings, and vessels that evidently take inspiration from elements of east Asian architecture and environments.

End of Dragons will introduce new elite specialisations for each of the game’s nine professions, as you’d expect, with new ways to play them for even maximum level characters. There aren’t many details on this just yet, but ArenaNet says all Guild Wars 2 fans can hop into some free, week-long beta events that run each month – starting August 17 and running until November – that’ll let you create a new character and get early access to the new specialisations ahead of their launch next year. 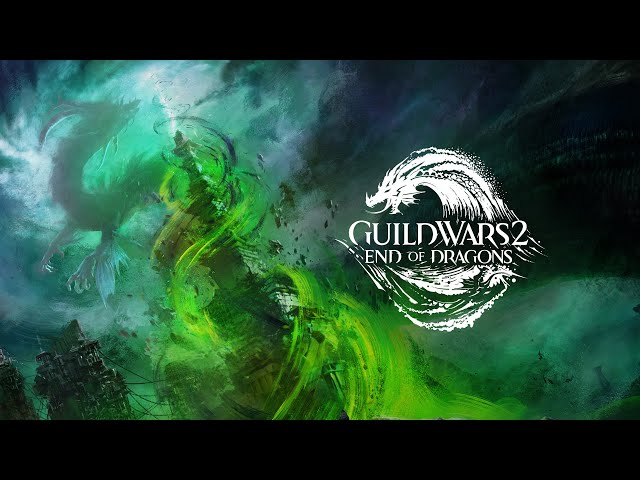 Additionally, there’s a batch of new legendary weapons coming inspired by the elder dragon Aurene, and new ten-player strike missions to tackle. For the first time, these new missions will get their challenge modes soon after launch, so you’ll get to try the trickiest stuff sooner. Other content coming includes its first multiplayer mount – a two-rider beastie called a Siege Turtle – and the arrival of fishing in the game. There’ll also be personal boats called skiffs that’ll offer a mobile ferry for your guildmates and pals. 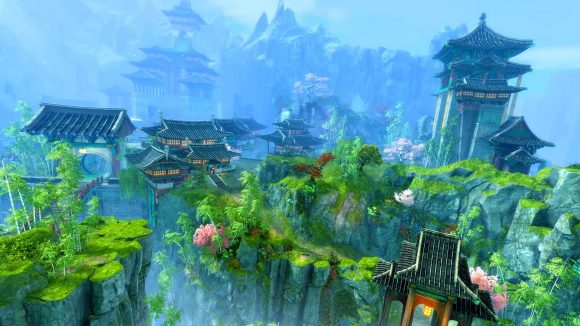 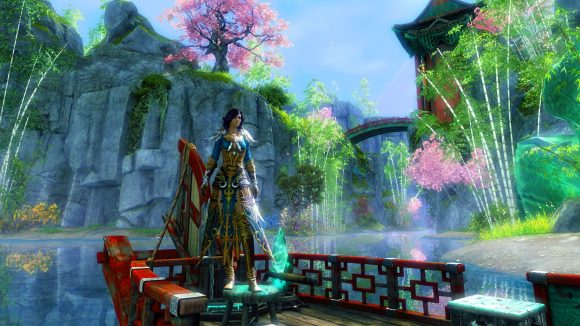 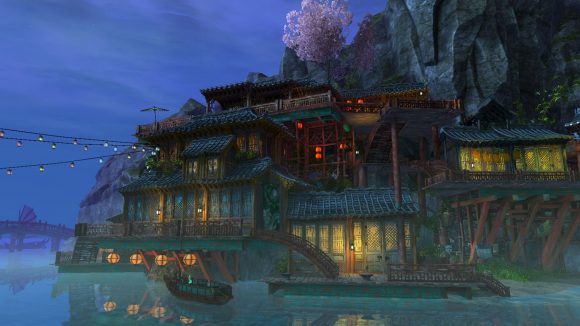 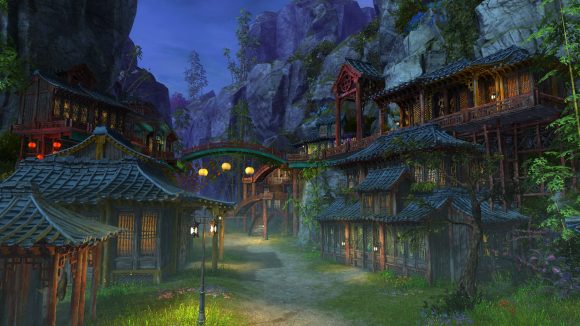 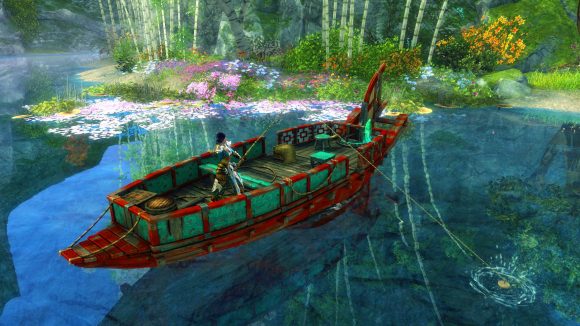 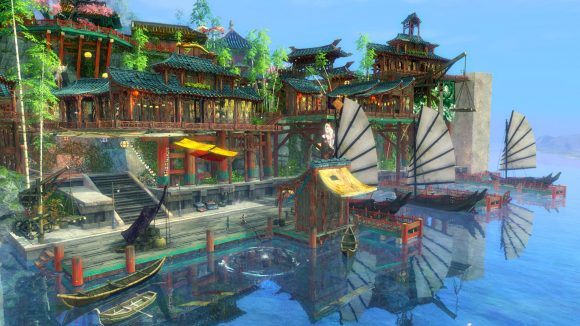 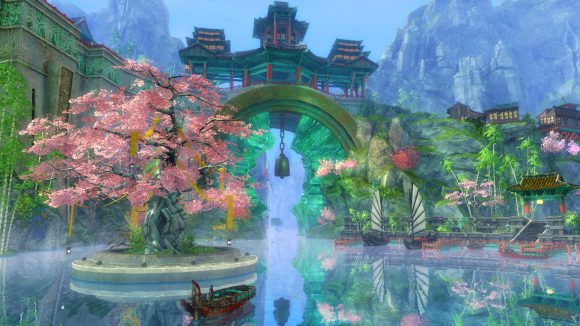 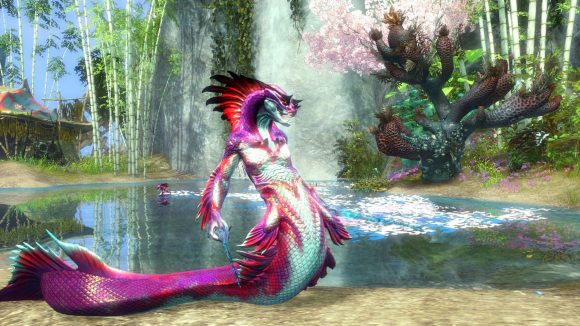 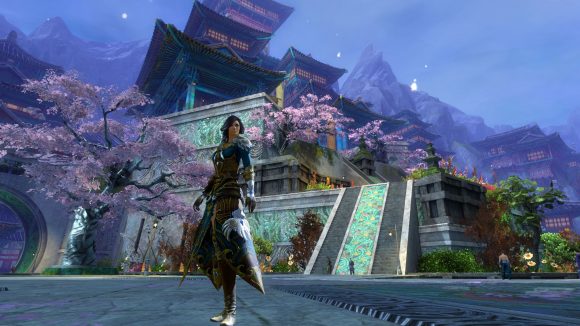 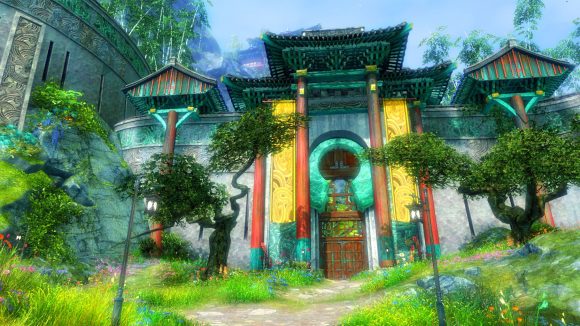 End of Dragons pre-orders go live today. The base edition, which comes with some bonus items like in-game items, a level 80 character boost, and other bits is $29.99 (or regional equivalent). The deluxe edition, which includes the standard edition bundle plus some other items like skiff and mount skins, extra character slot, and identity repair kit, goes for $54.99, while the ultimate edition ($79.99) includes all of the other editions’ goodies, plus 4,000 gems.

Related: The best MMOs and MMORPGs on PC

If you’re keen to know more ahead of End of Dragons’ February launch, keep a weather eye on ArenaNet’s channels as the studio will be sharing more about the expansion in the coming months.