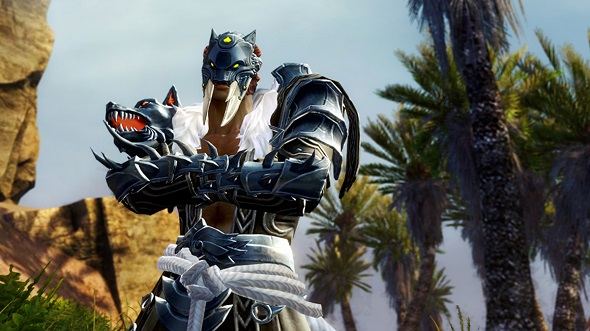 Guild Wars 2 has always diverged from the the most popular MMO model as dictated by World of Warcraft. One of the ways developers ArenaNet have managed this is through the Living World content – episodic updates structured like a TV series, designed to make the world of Tyria feel like a constantly evolving place.

Do you know how Guild Wars 2’s Griffon was designed, and why it was kept a secret?

With Living World Season 4 underway, kicked off by the arrival of Episode 1 back in November 2017, we now find ourselves on the cusp of Episode 2. Given the undead threat looming over our heroes we were eager to go hands-on with the second episode during a developer demonstration and check out some of the new content. 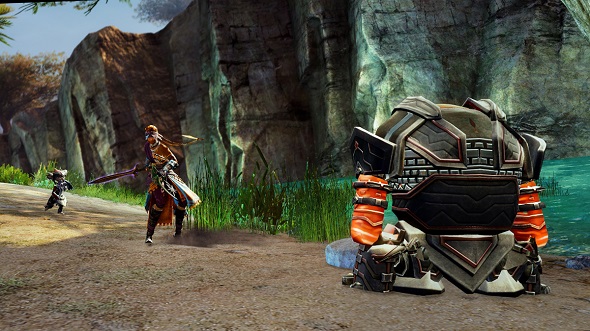 First on show is one of the four new instances, titled The Test Subject. Here, our intrepid band of pre-created characters battle through one of the sinister laboratories of the Inquest, a scientific organisation of considerable ambition and limited ethics, now seemingly allied with the Lich King (not that one) Joko. After murdering some robots, freeing a mysterious Charr warrior from a testing lab, and detonating the whole building for good measure, we move on to the new questing zone.

The new open-world area is a jungle island populated by a tribal faction of Charr that is being encroached upon by the aggressive forces of the Inquest. The island also seems to be struggling under the powerful magic of a Djinn spirit, who is making life difficult by conjuring violent Elementals all over the place. 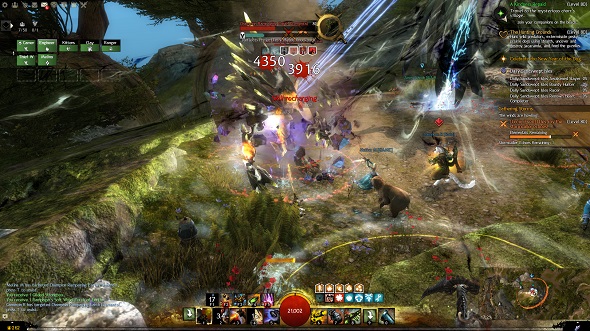 We take on some of the Djinn’s Elementals in a unique encounter wherein the whole party are stuck in a tornado, forced to constantly battle against the strong winds as well as the murderous spirits. The Elementals are the main concern in the island’s meta events, but if you want to focus on helping out the local Charr by partaking in spear fishing and beast wranglin’ then that is also an option.

The additions of note in the second episode, then, are those four new group instances, the new open-world questing zone, a new mastery, some new bits of gear (including a legendary dagger), some graphical and player customisation tweaks (such as removing gender restrictions for Charr horns), and a continuation of the story of the Commander’s battle against the malevolent King Joko and his hordes of Awakened Undead. You might remember from last season that we slightly stole his army and locked him in a hellish pocket dimension, potentially forever… he is a little peeved about that on his return, understandably. 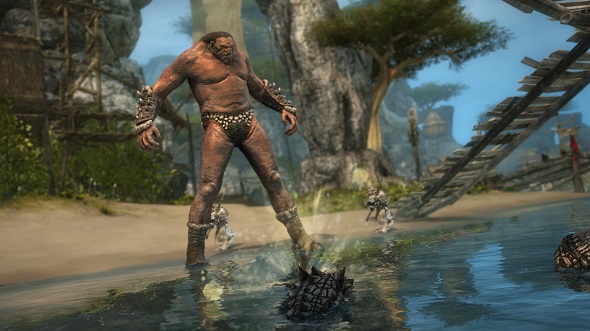 Although there are some recurring models from earlier in the game’s development, such as some of the Inquest Golems, they have been given a lick of paint to bring them in line with the recent content, with new textures and improved bump-mapping. It is a small revision, but that kind of effort can be appreciated, especially when most MMOs rely on the reuse of older assets.

Seasoned raiders might be a little disappointed to hear that there is no new raid content coming in this update. But there does seem to be plenty of group and solo content to sink our teeth into. From what we saw, Living World Season 4 Episode 2 should be a decent addition to the ongoing Guild Wars 2 experience.