That’s right: somewhere deep inside ArenaNet, one of the most respected and innovative studios working in the MMO genre, team lead Joe Kimmes has been experimenting with bouncing beetles across lakes, the way you might skim a pebble on a family holiday. Think he’s wasting his time? That’s what they said about the inventor of the bouncing bomb.

“I charted several test courses that went across lengthy stretches of water, but ultimately the skill required to not go underwater was a bit too high,” Kimmes tells us of his experiments. “There’s one small water section in Lakeside Loop – at high speeds, and the right angle of approach, the beetle will skip across water.”

You can make that noble attempt yourself when Lakeside Loop joins Guild Wars 2 this time tomorrow, November 27. And it really will join Guild Wars 2. Where in many similar games these kind of events are treated as asides, more minigame than part of the game, Roller Beetle Racing is woven into the multi-coloured fabric of Tyria. So much so that Kimmes needed to reroute Lakeside Loop – it originally passed through local towns and garrisons that shut their doors to invading centaurs during defence events. 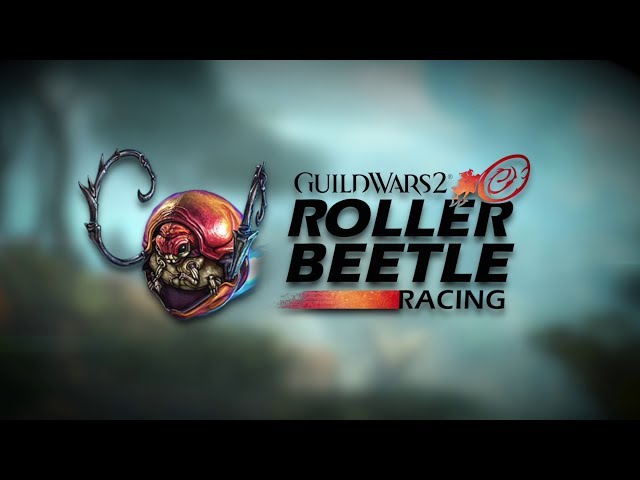 “Slamming into a gate at top speed wouldn’t hurt the player,” he says. “But it would put a damper on the race.”

Guild Wars 2 has always walked a line between end-of-the-world quests and out-and-out silliness. And, like Blizzard before it, ArenaNet gets away with it. 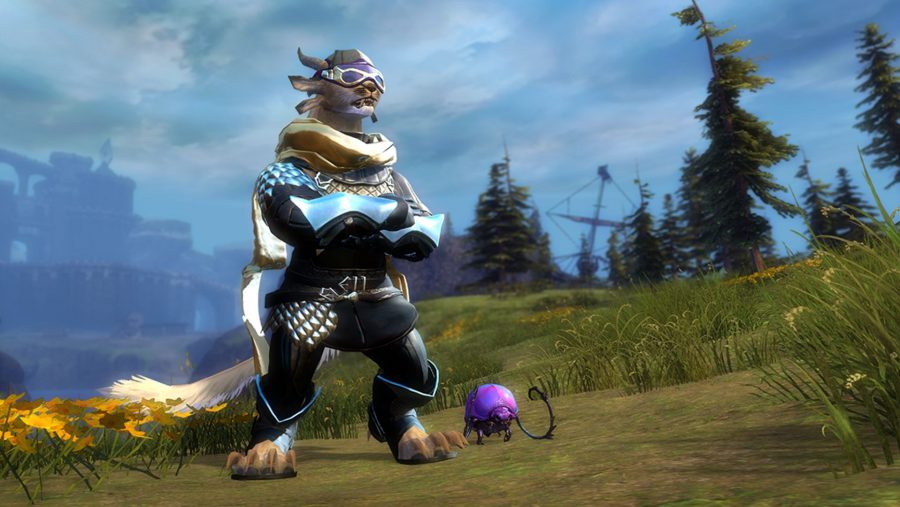 “I think it’s hard to be world-threatening all the time, and even dark settings have moments of gallows humor or jokes here and there,” Kimmes says. “The team is always looking to make sure any side plots aren’t directly fighting with the mood in the main story. In the case of Roller Beetle Racing, we’re showing a bit of what’s happening elsewhere in the world as the player is fighting their battles.”

It’s hard to be world-threatening all the time

In other words, sitting in the saddle of giant, spinning insects is what Asura and Sylvari do in their downtime while you’re not watching. They did say it was a fantasy world. Yet there is a limit – a silly place that even ArenaNet won’t go. Its Monty Python Camelot, if you will.

“One that did make it into the game was letting the player feed cats, who then follow you home and take up residence,” Kimmes says. “There were crazier versions of that proposed, though, with increasingly demanding cats requiring ever-stranger items as food. We wisely decided to back off of the idea of a cat hungry for certain legendary weapons.” 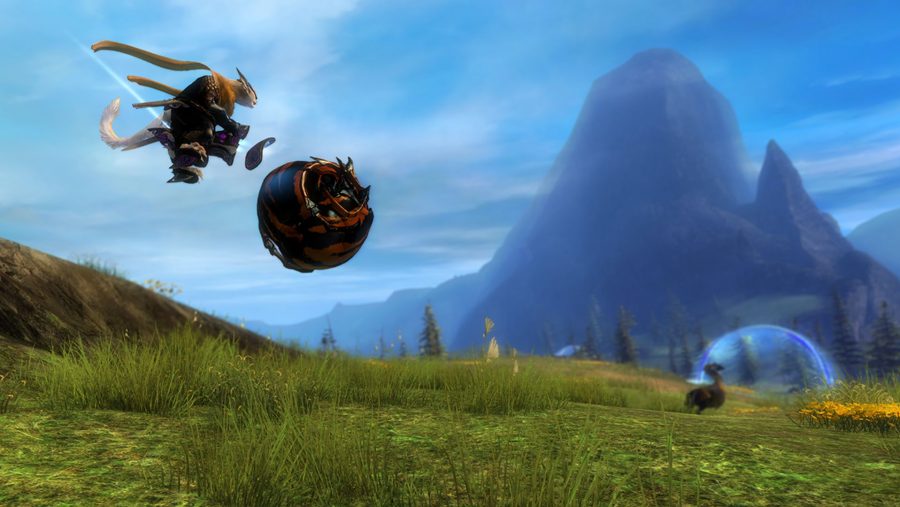 Perhaps the biggest surprise isn’t that Guild Wars players will be racing roller beetles, but that Guild Wars 2 has mounts at all. This was the great reviser – the MMO that altered or replaced every given in the genre, until nothing was inconvenient and the world felt truly alive. Aren’t mounts a little, well, antiquated?

“For a long time, we didn’t have mounts and didn’t see a need for them,” Kimmes admits. “The game offers easy travel to areas you’ve been to already, and we had movement abilities like speed buffs, leaping skills, and later the glider in Heart of Thorns that let you reach new areas.”

While ArenaNet may be happy to leave many of the MMO’s indulgences in the past, however, its players are not. After consistent requests over several years, the studio decided to add mounts with the Path of Fire expansion – but tackled the job with a customary eye on areas for improvement. Guild Wars 2’s mounts aren’t just decorated movement buffs, but have their own specialities, movement mechanics, and feel. As for roller beetles?

“They were one of my favourite monsters in Guild Wars 1,” Kimmes says. “You first see them in the highlands of Elona, and they’re very strange and memorable – these spherical insects that travel by tucking into a ball.”

Kimmes and ArenaNet hope that Lakeside Loop will have a day-at-the-races feel – that its spectators, pro racing NPCs, and concession stands will provide respite from the struggles added with each Living World update. Roller Beetle Racing works not just in spite of Guild Wars 2’s larger, more sombre plotlines then, but because of them.