When Guild Wars 2 launched in 2012, MMO fans were drawn in by its beautiful worlds, dynamic events, and accessible class structure. These days there’s a different pull: PvP. Recently Guild Wars 2’s PvP multiplayer community has grown and grown, and there’s no sign of it stopping. The upcoming Heart of Thorns expansion has an exciting new MOBA-like game mode, and the game has dived into the eSports arena with new tournaments.

Where has this growth come from? And where will this take Guild Wars 2 in the future? Our Phil spoke to the game’s PvP director John Corpening to find out.

“This growth kicked off with the weekly ESL GO4 cups,” explains Corpening. “We began our partnership with ESL about a year ago. That growth was boosted by our big patch last December, and from the introduction of our first big prize tournament for Guild Wars 2, the World Tournament Series.

“The WTS gave players a chance to travel to Beijing, Boston and Cologne and compete for cash prizes. Thanks to the players and some really memorable matches, each tournament created exciting events for all players to watch.” 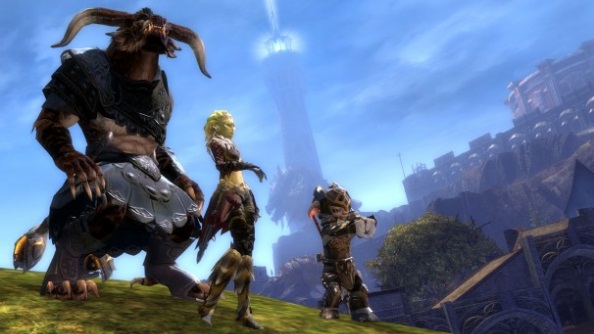 Developer ArenaNet’s push into the tournament sphere got the ball rolling, but a big milestone on the road to the current player numbers was Guild Wars 2’s core game going free-to-play earlier this year. Combined with excitement over the Heart of Thorns expansion, PvP has managed to recruit new players while also retaining old ones.

With PvP now on the tournament circuit, it means ArenaNet have to put a lot of thought into the development of the mode. “There are dedicated teams both for PvP features as well as skill balance,” says Corpening. “We will be continuing to develop PvP to make it more fun to play and to watch as well as to give players more tools to develop their skills.”

Those tools come partially in the form of a new PvP League system, that will be introduced in Heart of Thorns. The system climbs all the way from newbie to pro-level, and it’s a ladder that Corpening is confident everyone can climb. “Some of our top players started off as complete PvP noobs and have developed their skills to be able to compete at the highest level,” he says. “With the new league system we feel we are now giving everyone better tools to gauge their play level and progress and grow their skills. It is very realistic for players who decide to build their skillset to reach that level because we’ve already seen it happen without those systems.”

Part of ArenaNet’s efforts to make sure as many people can build to pro-level as possible is the lowering of the tournament age restriction. Previously you had to be over 18 to participate, but the gate now opens for 16-year-olds. “Our partnership with ESL has made it possible to both lower our age restriction as well as remove the region restriction,” explains Corpening. “Because events of this nature are ESL’s specialty they have the structure to host tournaments with fewer restrictions than we had on our own with WTS.

“We are looking forward to seeing players from all over the world join us at the highest level play and we know that some of the best players out there are under 18,” he adds. 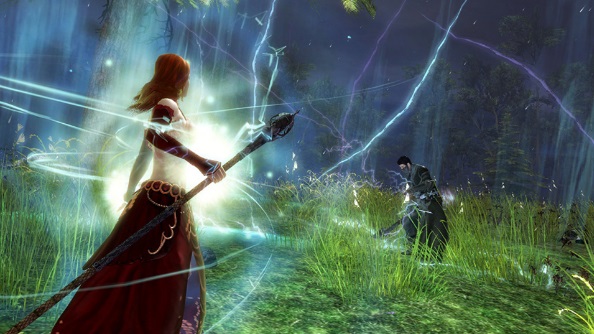 The method in which teams are chosen for the tournament is designed to be as open as possible for all kinds of players. It begins with an open tournament that anyone can enter, and winners are taken forward to the next stage. But losing at this stage doesn’t remove you from the game: you can compete in the Guild Challenger League during the season, and top players from there will be invited to the Challenger Cup. Here, top-level Guild players will face off with bottom-level Pro-League players to win spots in the main tournament. “This gives all players a clear path to being a pro,” says Corpening.

Those teams competing in the tournament are fighting for the chance to win $400,000, a prize entirely funded by ArenaNet themselves.

For Corpening, this new boost in popularity for Guild Wars 2’s PvP signals the start of new habits for players. “We have seen that as PvP grew in popularity more and more Guild Wars 2 players started to add it to their play patterns,” he said.

But it’s not just existing players tempted by PvP: “Players particularly interested in that game mode who have never tried our game before will likely start there and then want to experience all that Guild Wars 2 has to offer,” says Corpening.

With the promise of $400K at the top of a ladder designed for new players to go from beginner to pro-level, it’s no surprise that budding eSports players are taking up Guild Wars 2. When the Pro League system is implemented with the Heart of Thorns expansion it will be interesting to see just how big Guild Wars 2 becomes on the eSports scene.