The Icebrood Saga, Guild Wars 2’s newest Living World story, is here. Kicking off with prologue Bound by Blood, season five of ArenaNet’s MMORPG brings players to Grothmar Valley, deep in the charr homelands, for an adventure that is all about the formidable but fabulous feline warriors.

I was lucky enough to get a demo of the new world with the devs, which showcased some of the challenging – and really fun – new metas, fights, and goodies now live in the game. You can beat up crazed fans at a charr metal concert, tackle a demolition derby, teach super keen charr cubs to shoot airborne targets, and of course, take on the new ten-player Strike Missions. This chapter’s is a doozy, with a sinister, glacial Icebrood golem that will lob crystalline chunks of its own body at you if you don’t watch out.

With the Icebrood Saga bringing such new content and challenges to Guild Wars 2, I just had to take the opportunity to ask the devs about how it came to be. They kindly let me in on what the journey to Grothmar Valley involved, how they find just the right balance between the old and the new, and why you’ll need to keep an eye on Braham, who’s apparently ready to party (hard). Check out what they had to say in an interview with PCGamesN about crafting the Icebrood Saga – and how they made it a match for its fans.

PCGN: What lessons have you learned from the last Living World? How have they factored into making the Icebrood Saga?

Heather Conover, Design Lead: It became clear to us that the more we can creatively reuse the technology and set pieces we built previously, the more we can put resources elsewhere. The Kralkatorrik fights at the end of Season Four are a perfect example, where we built these massive, gorgeous encounters, but they essentially lived on their own.

For The Icebrood Saga, we have a team dedicated to activities like boss encounters, and we’re really trying to find clever ways to allow players to see that content under different contexts, not just in the story. You can get an idea how we’re implementing that by looking at our new Strike Missions, for example, which are repeatable and sometimes upscaled versions of bosses you encounter in the story. 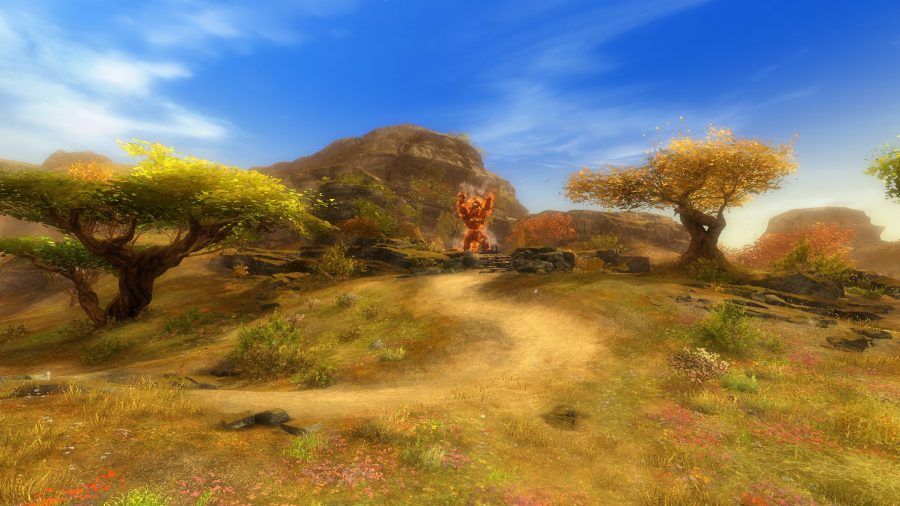 In a recent interview your studio said it wasn’t ruling out more paid expansions. How will player response to the Icebrood Saga feed into decisions around future Living World stories and possible expansions?

HC: Naturally the success of The Icebrood Saga is going to drive a lot of decisions we make in the near term. We’re very proud of the work we’re doing on it, and we hope players will enjoy and be surprised by the new content. Whenever we start planning future content, we look at a lot of metrics across the board: player feedback, focus group findings, and our own internal data. All of that informs the decision into how we continue to make Guild Wars 2 a successful game and product and how we release content.

The Icebrood Saga introduces Strike Missions – how do you think these will fit in the dynamics of the game as a whole?

Justin Reilly, Senior Designer: With Strike Missions, we want to give players a new kind of activity to fit into their daily/weekly rotations – something with a low barrier to entry, but a high skill cap, so that players can improve over time and feel the results of their improvement. Of course, we’ll be keeping a close eye on how players are engaging with this first one and using that feedback to fine-tune future releases.

Do you think they’ll give players something they’ve previously wanted/asked for?

JR: We know people are vocal about challenging group content, and so one of the ways we can help introduce players to things like Fractals and Raids is by providing a stepping stone into those activities that isn’t a massive time commitment, but gets them used to the coordination and player skills they need to complete our hardest content.

That’s not to say Strike Missions are easy! As you see with the Icebrood golem in Bound by Blood, the fight is structured such that you need to have a good squad on top of their game to beat the boss quickly in order to get the best rewards. 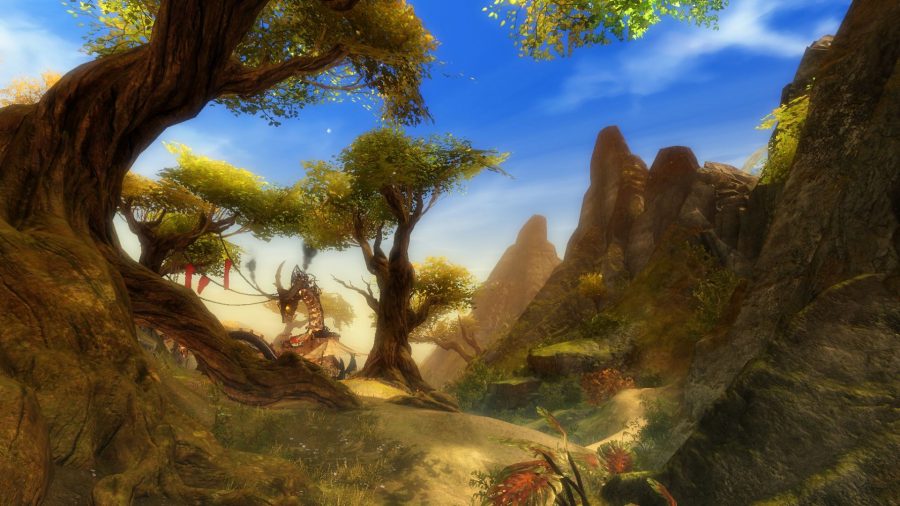 How do you strike a balance between retaining things that fans love about the game and bringing them new, exciting things to experience?

HC: Maintaining and innovating within the game is one of the toughest challenges with an MMO. Especially with Guild Wars 2, since the game

offers so many different pieces of content to such a diverse group of players. We believe a rising tide lifts all boats, so we’re cognisant that we need to offer lots of fun content for as many of our player groups as possible.

Our ultimate goal is to bring something with our releases to every type of player; sometimes that will lean more towards one activity than another, but on the whole, we want our Living World story arcs to offer fun and engaging gameplay across the board. Our hope with having four content teams is to provide engaging things to do for a variety of player types throughout the season.

Where did the idea for this new Living World story come from? Was it part of a longer term story plan, or something totally new?

Novera King, Narrative Designer: It was a combination of both, actually. We knew we wanted to spotlight the charr, culturally and politically. Going to Grothmar Valley allows us to get to know them in nuanced ways, and begin The Icebrood Saga from their varied perspectives. Then there was Rytlock’s requiem short story, which preceded the final episode of Season Four. That content set us up beautifully for a deeper dive into his relationships, his past, and what it might mean to be charr.

What do you think Guild Wars 2 fans will be most excited to discover in this story?

NK: We’re introducing a lot of new, important characters in Bound by Blood that will have a major impact on where we’re going. These are characters that have been alluded to in the past, but we’re finally going to get to meet them and see what drives them, what their motivations are, and more importantly, where they belong in a post-Kralkatorrik world. It was also important to us to make the story race- and sometimes legion-specific for players. We think they’ll be excited by just how immersed within the charr they’re going to feel. 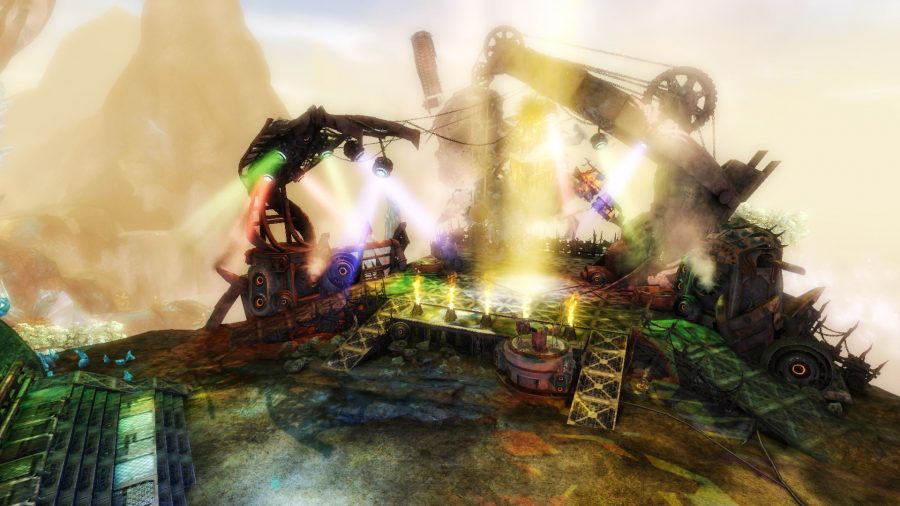 How will the bosses and masteries compare with those previously in the game? Do you think the level of challenge has gone up?

HC: We’re definitely trying something new when it comes to masteries, and we’re excited to see what you all think once the first few releases get in your hands! One of the hardest parts of balancing PvE content is assessing how the difficulty compares to the skill of our players; our players are generally always better at the game than we are. We aim to have a breadth of difficulty levels with the content we release, and we anticipate making modifications to the difficulty based on player feedback and data.

We also have some innovative ideas about how we could modify the difficulty based on how the players perform against the challenges we present, but we haven’t fully determined if we will try this new idea out just yet. The beauty of working on a live game is that we can be responsive to our audience, and we always release new content with a variety of plans that depend on player reception and engagement.

Do you have any big surprises for players in this Living World story not yet revealed that you can share?

NK: You got a chance to explore some of the new activities in Grothmar Valley in the preview session for Bound by Blood, but we definitely didn’t show you everything, and we’re looking forward to everyone uncovering some of the fun secrets and Easter eggs we’ve put in the map. We can tell you that Braham, in particular, is ready to party. Hard.

HC: We’re looking forward to this brand new story that we’re telling and taking players along for the ride over the next several months. The story is going to take a darker turn, much darker than what you’ve seen in Guild Wars 2 before. I love dark stories, so I’m thrilled.