Well, fear not, because we’ve managed to get hold of a diary belonging to an RTS commander who crossed into Guild Wars 2 from their own genre, and the results are surprising. So, crack open a bottle of ancient Orrian wine (if you don’t have one, brewing a cup of tea will do), pop your feet up, and learn from one of the best as they take their first steps in Tyria.

DIARY OF AN RTS COMMANDER

Christmas day. Despite the weight of experience, every soldier hopes and prays for a repeat of that fateful day in 1914, when fellow men of war laid down their arms. Alas, the trials of warfare make such blessed occasions the exception rather than the rule.

This day, I have been tasked with a new mission. Infiltrate the field, scout Tyria for hostiles, build a base of operations, cultivate a task force, and defeat the enemy, if any exist. 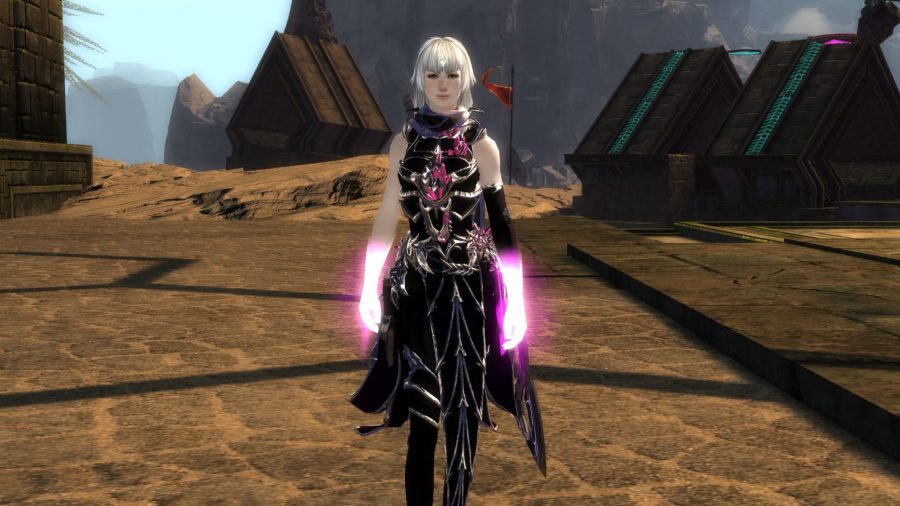 Despite my best efforts I remain short-handed. Typically it would be deeply unwise for a high ranking officer such as myself to take the field personally. I have attempted to recruit others, but the locals appear to be possessed of an individualistic spirit. No doubt an admirable trait, but most inconvenient for my efforts. Without loyal soldiers to direct, my attempts to establish a base are shot. I cannot be expected to undertake such labour myself.

I have scouted the surrounding area for hostiles. The wildlife in this region is unusually aggressive and determined. Without hesitation they will fight to the bitter end, and seem to shrug off every wound until the moment of their demise. The same cannot be said for the mercenaries who roam the area. At the first sight of trouble they will sprint off into the hills, using all manner of unconventional means of locomotion to do so. My attempts to garner information from these independent spirits has been met with hostility. One individual told me to “check the map lol”. I am uncertain what the abbreviation means, but I have begun sketching the surroundings. 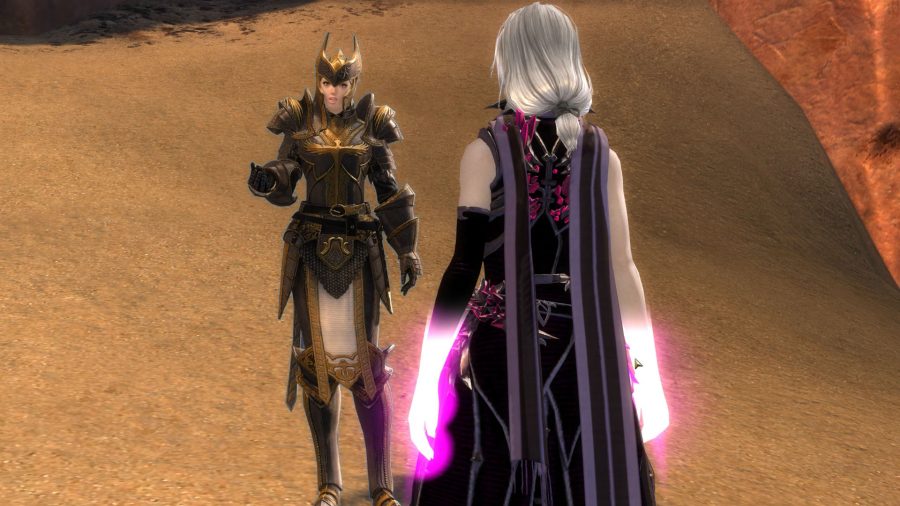 At last, a willing subordinate. While exploring the area and undertaking minor tasks (not suited for my station, I might add), I was joined by a loyal soldier. During my mission they followed and assisted me, though they have proven resistant to more detailed commands. At present they stand at attention next to me. Their attentiveness is somewhat overbearing, but it is a welcome respite for the boorish behaviour of others so far.

Bad news. My loyal subordinate has gone AWOL. Upon completion of one of our missions, the previously steadfast soldier strolled off and seemingly vanished. For some hours I attempted to ascertain their whereabouts, but with no luck. I fear they have joined forces with the enemy, wherever and whoever they might be. 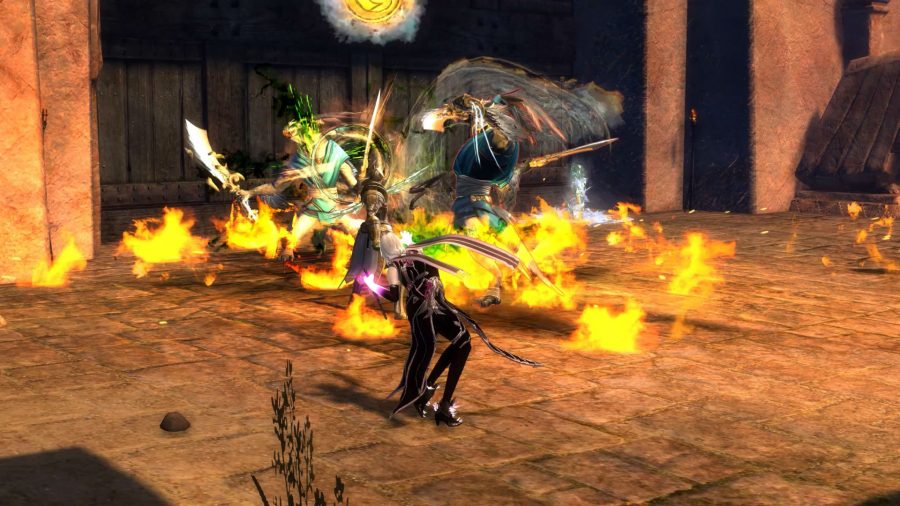 Finally, a task worthy of my rank and experience. I stumbled upon a full battleground, a large-scale skirmish between opposing sides. My compatriots informed me that their conflict is known as “World vs World”, leading me to believe that this is a civil war of some variety. Without hesitation, I joined the less hostile side, and lent them my strategic acumen. Though they were resistant to my orders at first, their tune changed when they beheld the result of my strategic manoeuvring.

As a fish needs water and a bird needs air, my martial soul requires a battleground, and at last I have found it. I take no joy in bloodshed, but cannot deny a certain satisfaction from this conflict.