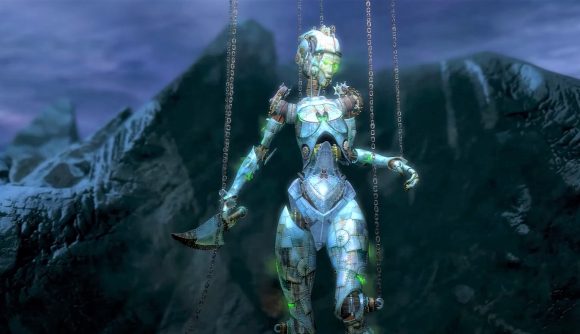 As Guild Wars 2 fans will know, a fan-favourite boss encounter is returning to Guild Wars 2 next week. Called Twisted Marionette, it’s a complex and challenging battle against a giant clockwork automaton that likes to squish heroes under its stomping feet, which first hit the game in the MMORPG’s Living World Season One, way back in 2014.

The Marionette has lain dormant in False River Valley since that first appearance, but now developer ArenaNet is reintroducing it as a challenge for fans to tackle while waiting for news on the game’s next major expansion, End of Dragons, which was just delayed to early 2022 due to “the real-world challenges of the past year”. The encounter will bring all of its signature offerings that made it a fan-favourite battle, such as its multiple lanes that need careful defending and five platforms that require bands of players to divide in order to conquer. However, the studio’s also had to make some adjustments to bring the fight into line with the game’s modern offerings, which Live Team design lead Joe Kimmes spoke to us about.

“We’ve kept the core of each part of the battle intact – for example, the five lanes and five platforms can feel like a struggle to split your group for, but we wanted to keep the encounter true to itself and not overhaul the structure,” Kimmes tells us.

“What has been updated are a lot of under-the-hood scripts, both to
fix bugs and improve performance with newer script tools, and the moment-to-moment quality of life, such as the enemy’s attack indicators, stun behaviour, and difficulty scaling based on the number of players.  We also added a new bonus skill during the Warden fights – once your platform has succeeded, rather than only being able to wait for the others you’ll get a special skill to cheer them on and bolster their last push.” 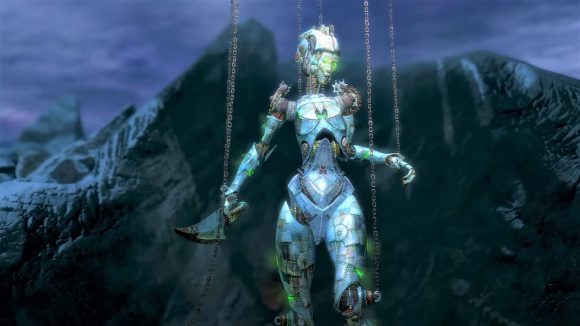 As you’d expect, there were some technical hurdles to overcome in bringing back a seven-year-old battle to a game that’s since been evolving and updating, one of the first of which was moving it across map versions. “Most of Season One’s content, especially in the open world, was never planned to be permanent,” Kimmes explains. “Fortunately, the Marionette’s various scripts were still intact but dormant in Lornar’s Pass, but one of the first big projects was transplanting it to a new – and older – version of the map, so that its proper battlefield was present rather than its own wreckage.”

Following this, he says, the team set about fixing bugs that had emerged in the encounter following years of changes and tool updates, though this resulted in some handy discoveries that benefitted the newer version. For example, Kimmes tells us that a newer script action let the team reduce one of the boss’ scripts from more than 200 repeated actions to just one, single action. 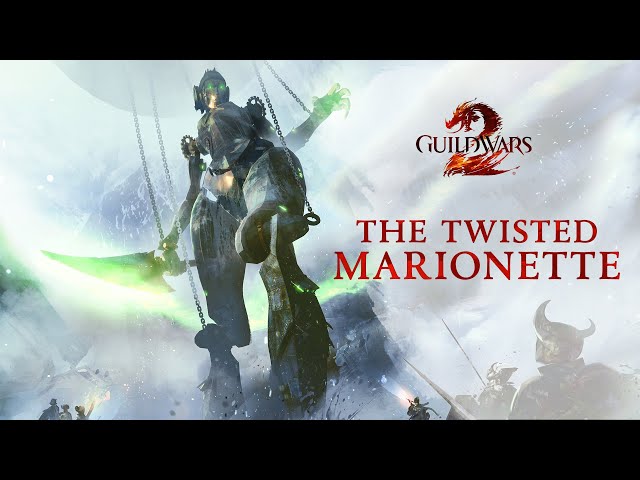 With the Twisted Marionette being arguably one of Guild Wars 2’s spookiest bosses, given its enormous size and inhuman, robotic persona controlled by sinister engineer Scarlet Briar, we also asked about any changes made to enhance its scary nature in the new-version encounter – and it sounds like we can expect a heightening of this to some degree. “The inhuman clockwork monsters of Scarlet’s armies were a distinctly terrifying aspect of Season One – for the most part, we’ve simply preserved their gruesome nature,” Kimmes tells us.

“However, some of the touch-ups to the battle have helped their goal of striking fear – improved marking on the Marionette’s attacks draws attention to its stomping, and combat tuning on its Champion minions has helped make them as dangerous to modern players as they were to the heroes who originally confronted them.” 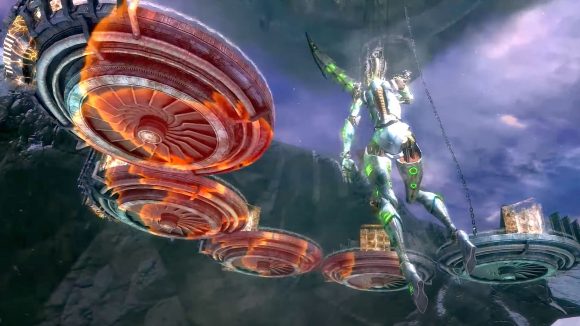 The reasons for preserving the encounter’s core experience that long-time fans will recall are reflected in why it has such enduring popularity with the game’s fanbase – why Twisted Marionette is so special and memorable in particular – which Kimmes shares his views on. “I think the size and spectacle of the Marionette itself plays a role, but also the sheer coordination required from players to tackle its fight,” he says.

“It’s hectic but at the same time requires some planning – you need to defend all five lanes, and also be prepared for each lane’s team to have to further split to confront the Warden mini-bosses. Each server’s struggle to master the fight became very memorable, and the fight naturally lends itself to some last-minute heroism as you bring down the final Wardens.” 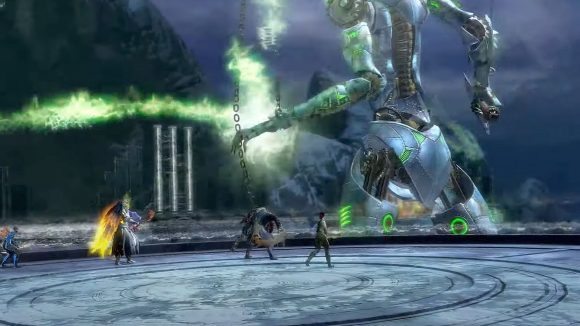 Twisted Marionette, along with the Triple Trouble wurm battle that originally came alongside it in the game’s Origins of Madness content, have also had a notable influence on memorable battles that have come since, as Kimmes explains. “[They’re] events that strongly push players to organise ahead of time and split their forces between multiple fronts. That coordination challenge has shown up again in a number of meta events – the Silverwastes’ Vinewrath boss, in particular, shares a great deal with the Marionette from its split-holdout battles to each lane fighting a boss one at a time.”

He notes that Twisted Marionette remains one of the “most taxing” of these kinds of events, though, given its five separate lanes that diverge to get players tackling five Wardens. “We’re looking forward to seeing players match up against it again!” he adds.