The next Living World update of Guild Wars 2‘s Icebrood Saga is upon us. Titled Visions of the Past: Steel and Fire, it transports you into the charr ranks of the Steel Warband, led by Centurion Ryland Steelcatcher, and gets you tackling some legendary encounters of the past. There are story missions, both brand new and familiar from the MMORPG’s first season, rewards, and other goodies on offer – but the hero of the piece is a mission that sees you take the helm of a “cutting edge” tank and take down a giant, fiery robot.

In a demo with the devs from ArenaNet, I was treated to this battle first-hand. The premise is simple: join Ryland Steelcatcher’s warband to climb a mountainous pass and take down the boss. Oh, and protect the charr tank along the way, of course. That’s really important.

Like a strike, you can play a public or private instance of the mission, and you even get to try your hand at four warm-up, ten-minute preparation events beforehand while you wait for your crew to trickle in.

One such event, supervised by Cinder Steeltemper, asks you to “prove your mettle by defeating Sons of Svanir within the time limit.” They’re a good way to get a “sense of what the other warband members are like and what they’re all about”, as the devs tell me.

My band and I battle the Norn cultists in a pretty wooded area with geysers bubbling away as a ten-minute clock ticks down. Why ten minutes, you might ask? “There’s a storm rolling in”, I’m told – and it’s going to throw some challenges our way. Gulp.

With the Sons of Svanir slain, we have a go at another prep event, this time to help warband support specialist Nicabar Steelweaver. Harvest some fruits of the forest floor and he crafts your band some very potent tonics. These come into play later on (and are really good fun to sample). Once complete, we’re ready to get going on the mission proper, with a full pack of ammo to boot. 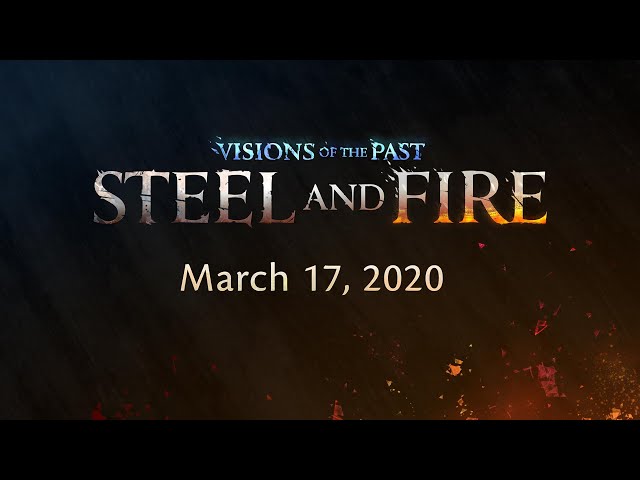 The mission is an uphill battle – literally. You begin escorting a TT6-B ‘Devourer tank’ up the steep and rocky pass, lava streaming alongside the warband as it ploughs onward. The welcome news is it doesn’t matter where your skills lie: “each of the warband members pitch in in their own way”, the devs inform me. And that’s true – those handy at those gosh darn jumping puzzles (I’m afraid they continually elude my flat-footed charr) can reach vantage points that are ideal for a bit of sniping. Acrobatic players can then use weapons found there to pick off waves of foes as they stream down the mountain.

It’s a hectic battle as the band pushes up the pass. Sure, the charr tank looks fierce but it’s far from invulnerable – those waves of Corrupted can’t half make a dent in it. Fortunately, there are piles of scrap metal strewn about the mountain which you can use to patch it up.

We naturally fall into three distinct roles to get it powering toward the boss fight we know lies ahead: skilled (jumping) snipers, frontline ground attackers, and scrap-gathering supporters. Each role is vital so you can choose your specialism. 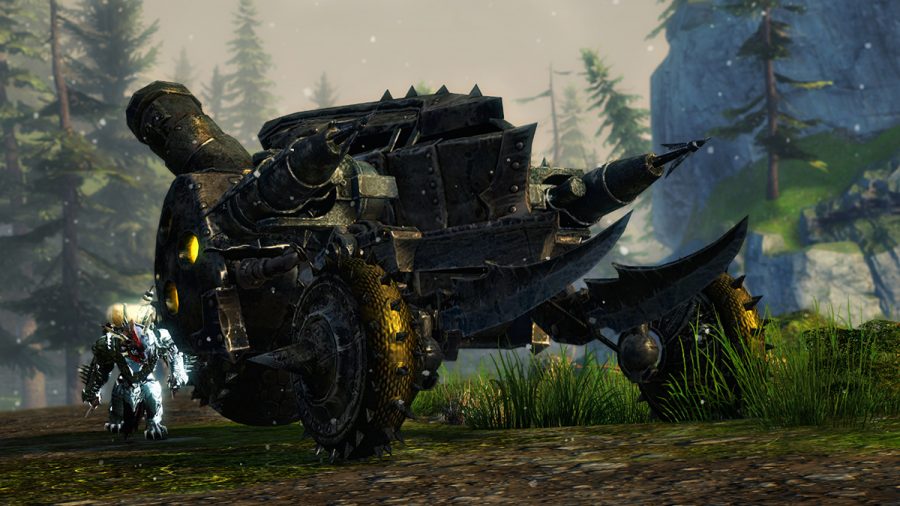 As we forcing our way through waves of Icebrood enemies including a towering Icebrood kodan, Cinder gets a little competitive, and proposes a friendly contest: kill more enemies than her before the tank moves on. If you manage it, she’ll get mad and whip her flamethrower out in an effort to take the win, which is naturally a big help to the rest of your crew.

But then that storm arrives. As a group, we have to quickly decide whether to power through or seek shelter. We power through.

A mighty 'robot' nestled in a fiery pit, a very angry "construct of steel and fire"

Nicabar kindly offers another tonic-brewing bonus event as we reach about the halfway point. Complete this and we’ll get some mad temporary buffs, with just a touch of disorientation – guess there’s no making an omelette without breaking eggs, after all. The tonic he crafts adds an AoE ability, so grouping together for maximum effect is a good tactic. It also stacks duration, so your whole warband can use it in conjunction to get effects lasting up to ten minutes. These are more than worth the trouble of fetching Nicabar what he needs: you get extra healing, damage, quickness, regeneration, and some magic, too.

The boss that awaits us at the top of the mountain is an intimidating adversary – a mighty ‘robot’ nestled in a fiery pit, a very angry “construct of steel and fire”, hence the chapter’s name. It has brutally powerful armour and penchant for spewing waves of molten magma as you race around searching for a weakness, fending off the waves of foes that are also coming to harass you.

It’s tricky, but also features the most exciting aspect of the chapter for me, so far – as our warband batters the robot’s armour with cannons scattered around the arena, I jump into the tank to launch a harpoon at the robot. While it’s temporarily roped, your group has to race to do as much damage as it can before the mighty construct beats you back and resumes dousing your group in flame. You also have to keep that tank up and running with scrap metal, too. Phew.

Uniquely, this mission will rank your performance according to factors such as how long you took and how well you defended the warband. Loot is awarded according to that rank. When you beat the mission for the first time, you’re guaranteed one of the Steel Warband’s signature weapons and, later on, you’ll be able to get some of the awesome fiery variants that you’ll have seen during the mission. 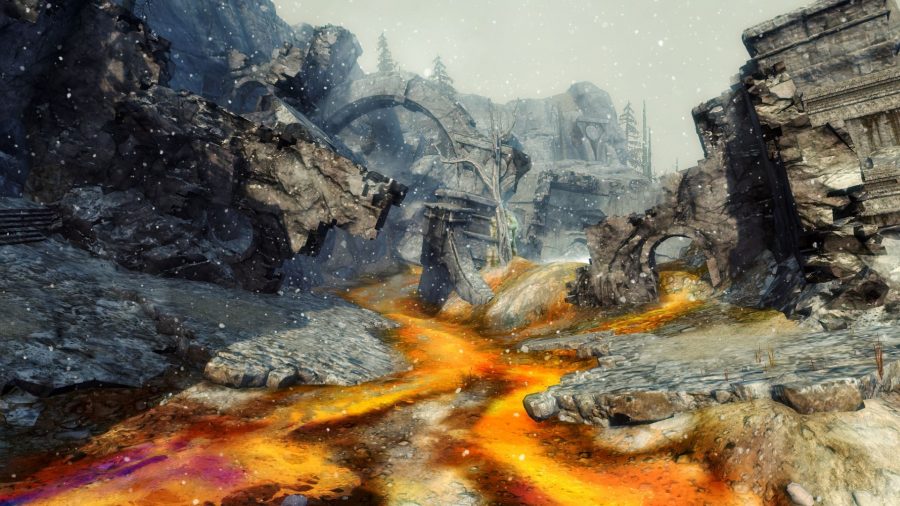 This is only the first mission in Visions of the Past: Steel and Fire – the update also brings a new story adventure which sees you “venture into Darkrime Delves during the events of ‘Whisper in the Dark’ and experience the story from Ryland’s perspective – with his powerful flamesaw in hand.”

The Steel Warband battle brings something new and pretty challenging to ArenaNet’s MMORPG – how the rest of the next Living World will compare, you’ll have to go get stuck in to find out.

Plus, there are four season one story missions to replay, rewards such as new “armour pieces to accessorise with, and a full Runic armour set with matching cape”, as well as a “timeless landmark” and strike mission portal, the Eye of the North, included in the update. See the trailer above to take a look.

Visions of the Past: Steel and Fire launches today, March 17.