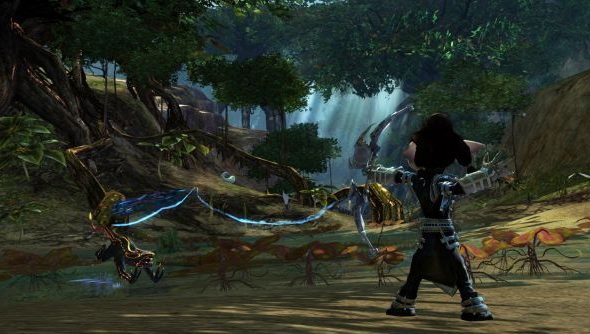 Oh, take the shirts off our backs, why don’t you. We jest, of course – we’re keeping our own t-shirts. This afternoon, Fraser’s wearing a full-torso print of his love letter to Dragon Age: Inquisition’s Sera. And our Jules is sporting something that appears to be a tuxedo, but on closer inspection reveals itself to be painted on. Very clever stuff.

Additionally, we’ve got ten Guild Wars 2-themed tops in various sizes just waiting to be distributed to you lot. ArenaNet consider them collectable items, and you need only answer a simple question to be in with a chance of nabbing one. 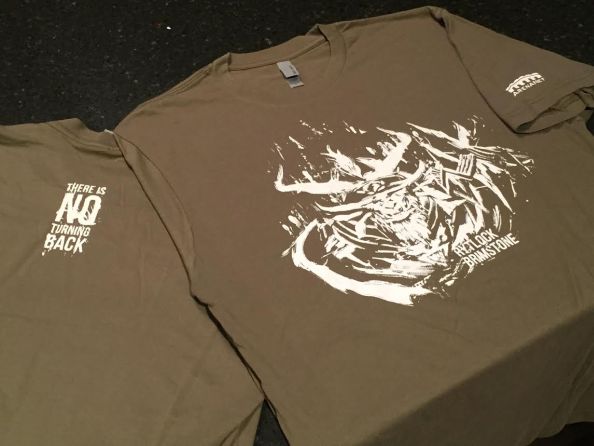 The question is this: if you were to travel into Tyria using some sort of t-shirt-powered device, what would it be?

Think of the inventiveness of the asura, and the entrance you’d make flying/drifting/skidding into Lion’s Arch under a billowing XL garment.

Leave your suggestion in the comments below and – crucially – make sure you’ve got an email address tied to your PCGamesN account. We’ll be in contact with the best ten inventors for delivery details.

Also in Guild Wars! We’ve got a teaser trailer for the eighth episode of Living World Season 2, No Turning Back. Glint’s egg hasn’t yet returned from going walkabouts, and Tyria’s heroes are preparing an attack against Mordrem with the pact fleet in tow.

ArenaNet have suggested, rather ominously, that players will reach a “point of no return”. But that’s okay, ‘cos it’s the finale.