Guild Wars might have been superseded by Guild Wars 2, but the original online RPG game’s still going strong. It’s just about to hit a very special milestone – its 15th anniversary – and, to celebrate, the devs have launched an update packed with shiny new weapons, in-game goodies, and more.

As announced in a post on its sequel’s site, the event kicks off today (April 22), and brings an anniversary weapon set “containing weapons with familiar looks but previously unavailable attribute requirements”. There’s also a ‘Proof of Triumph’ relic that will let you face extra enemy groups and bosses to acquire a brand-new, PvE-only elite skill for each profession. Plus, the event marks the start of some Guild Wars store sales on “outfits, upgrades, storage, and more!”

To mark the milestone in the 15-year-old MMORPG‘s journey, we spoke to three members of the original Guild Wars dev team to talk about the update, what it’s like creating content now compared to days of Guild Wars past, and what they think keeps players coming back to the original all these years later.

PCGN: Can you tell us about the 15th anniversary update? What can players look forward to?

The anniversary festival is all about reliving some of your favourite Guild Wars 1 moments.

Joe Kimmes: We’re building a small addition on to the Anniversary Festival, which was itself fleshed out by the 10th Anniversary update. There are new weapons to trade your festival proof items for, and a few new bosses to set players on the hunt for new skills available with Signet of Capture!

What are you most excited for players to discover or receive in the update?

JK: The anniversary festival is all about reliving some of your favourite Guild Wars 1 moments. For the 10th anniversary, it was focused on replaying missions across the world of Tyria and having a fresh reason to go triumph over those classic story moments.

With the 15th anniversary, I am hoping players will have a chance to re-experience that moment of searching a zone for something new, and getting new skills or weapons that make you think ‘Ok, what sort of build could I run with this?’

Robert Gee: There are some new PvE skills for every profession. I hope everyone goes out to capture them! 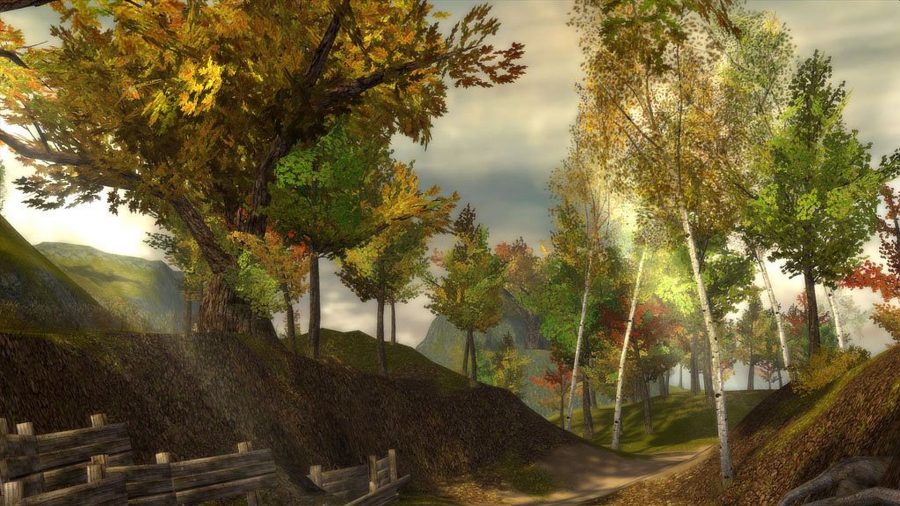 Can you tell us about the decisions behind creating the update? Is it something the community has been asking for, or more of a surprise from yourselves to players?

JK: The anniversaries are a good time for these sorts of small updates – it’s a milestone in the game’s life, even when we aren’t adding things to it all the time. I see it as a chance to break some of the tools out of the box and do something for the players who’d like to revisit an old favourite.

Given Guild Wars is running alongside its predecessor, Guild Wars 2, which is continually receiving updates and expansions, do you find the original game still has a large, thriving playerbase?

JK: By comparison, Guild Wars 2 has significantly more players. But Guild Wars 1’s fans have persisted over the years, and there are a number of dedicated players returning for events or to work on longstanding goals.

Has the game’s playerbase grown or strengthened since big updates in recent years, such as the huge graphical overhauls in early 2018?

JK: I haven’t been checking the numbers recently, but I was pleased to see a lot of players returning to check out the anniversary changes for the tenth and the more recent graphical updates and quality of life changes!

Given Guild Wars’ age, it must be pretty tricky developing new gear for the game! Have there been any technical obstacles you’ve had to overcome in revisiting an older game?

JK: Some things are actually easier – builds are much faster after updates allowed us to move Guild Wars to modern compilers. But with the passage of time a number of local tools have fallen into disuse, so there were a number of times working on this update where I had to check new changes in without being certain that the build server would properly parse them.

What do you think it is about Guild Wars that stands the test of time, 15 years after launch? Is there something it offers that’s unique or really special for fans in the MMO space?

The skill and combat system, coupled with the low level cap, is what really helps Guild Wars stand out against a lot of other MMOs

JK: Something that continues to impress me about Guild Wars is the simplicity of its character builds. You have an incredible number of options with your skill build, of course, but ultimately it’s summarised by eight skills, a handful of equipment items that themselves have a mod or two and your attribute points, which are spread between less than ten options. Even complicated skill combo builds can be shared and understood easily.

RG: The skill and combat system, coupled with the low level cap, is what really helps Guild Wars 1 stand out against a lot of other MMOs out there and it’s what makes it special to a lot of people. Your effectiveness in the game isn’t really linked to how much time you spend grinding levels so it’s easy to get into and easy to come back to if you’ve taken a break.

To what extent do you see the game continuing to have longevity in the future, and why?

JK: Guild Wars 1 was built for the long haul – the servers are easy to run and we’ve updated the game in numerous ways to keep its festivals, weekend events, and daily quests all rotating smoothly without constant intervention. I hope it will be around for many years to come! 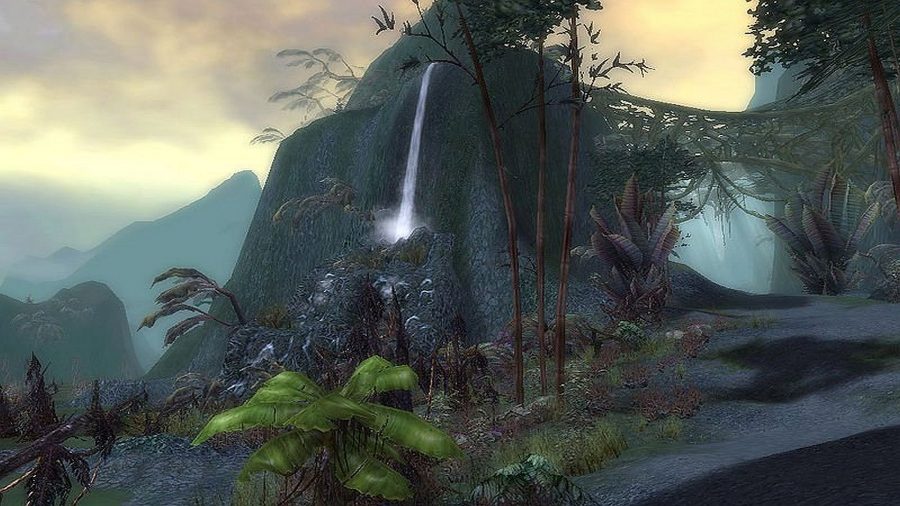 Can you tell me about what it’s like to create content updates for an MMORPG now compared to 15 years ago? What are the big differences in terms of making it, and what the playerbase wants or expects?

MM: Wow, the difference between developing updates and content between then and now is enormous. In the time of developing Guild Wars 1, everything was impacted by everyone – we had an internal development server environment that was separate from the live game, but that was the only partition. Everyone was playing in the same pool, such that if one person had a bad check-in and broke the build, it took down all of us!

We got pretty darn good at being very careful with our code and content check-ins. But even so, it was not the ideal scenario and we had to be extremely agile to be able to respond when things went awry. Nowadays, we have multiple teams, all developing in their own ‘branches’ and ‘streams’, as we call them, that can protect and isolate individual features or pieces of content so that we can all co-develop the world simultaneously while not worrying that the experimental mechanics you’re prototyping will break the release for everyone else on the team.

As a studio, we’ve evolved into a highly proficient content-shipping machine, and have the right amount of layers of process and safeguards to be able to do what we do as seamlessly as possible, and it seems amazing to me looking back at those ‘wild west’ days of shipping content.

JK: In terms of working on Guild Wars, it’s about the same. I think the MMO landscape in general has shifted immensely though – fans are more invested than ever, and as players experience more games, they have a broader range of ideas, expectations, opinions, and hopes for their ideal online game. I’m looking forward to the next great leap in online games, whatever that may be!

What would you say was your favourite feature or proudest achievement you created in the original game? Perhaps something that was technically really tricky that you managed to bring to the live game?

JK: Without a doubt I would have to say Mercenary Heroes, which is a feature that let players use their other characters as adventuring companions! I think I told the designers a few times that it could not be done, before going back to the drawing board with the thought of ‘Well, but if I had to do it, maybe like this…’ It came together a small piece at a time, and ultimately somehow we cleared out every reason it couldn’t be done!

The engine updates involved also let me finally make good on the Nightfall instruction manual’s claim that Razah had a variable profession! It wasn’t wrong, it just wasn’t right yet.

MM: My favourite achievement in the original game would have to be the alphabets that I created for signage. Most of them were just symbols that we could substitute in for English words, but it really helps immersion to be able to see a language represented in game and to be able to read and translate the text.

As for something technically tricky, I think getting shaders to run in the game engine while developing Nightfall was one that I was happy our team was able to figure out. It helped really revitalise the look for the game and opened up a lot of possibilities for all the artists.

RG: In the Winds of Change content I made a quest called Canthan Courier Crisis. It was an optional and completely goofy quest, but I had a lot of fun building it and coming up with the dialog. One of our testers told me it felt like playing a Jackie Chan movie which is one of my favourite pieces of feedback. 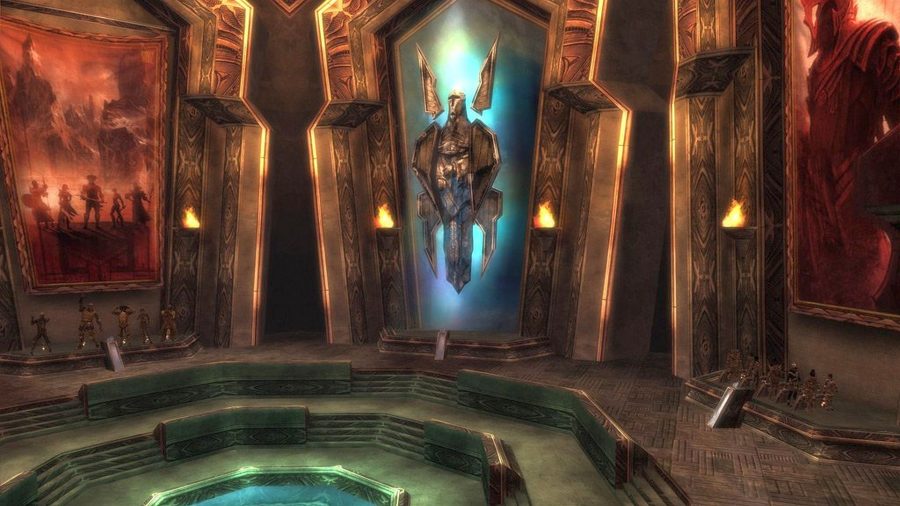 JK: For the longest time I would have told you Rollerbeetle Racing, but we finally had the chance to get some rolling races into GW2. I do enjoy seeing familiar faces appear in GW2, whether it’s in an area’s backstory or a triumphant return in the storyline, so for now I’ll look forward to the hopeful return of a favourite or two.

MM: We kind of have a version of this with elite specialisations, but I would honestly love to see dual professions happen in Guild Wars 2. I think it’s unlikely, because I do not even want to think about the headache that would present to game balance, but it would be interesting to see how effective my mesmer would be with warrior utility skills.

RG: Guild Wars had health sacrifice as a mechanic for necromancers but outside of a few exceptions that mechanic is largely missing from Guild Wars 2. I think it could be a fun mechanic to expand more on in the future.

Anything else you’d love to talk about or share with regard to the update or the future of Guild Wars?

JK: We’re always overjoyed to see fans still adventuring in Tyria after so many years. I hope that everyone enjoys the anniversary!

The Guild Wars 15th anniversary update goes live today. If you’re a fan of Guild Wars 2 and curious to discover its legacy, or a Guild Wars stalwart, there’s plenty to get stuck into.