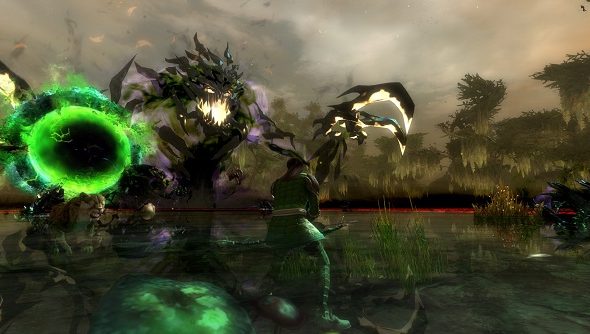 In the last 24 hours, ArenaNet have lifted 3,000 Guild Wars 2 cheats by their ears and thrown them out on the street, a permanent ban stapled to each of their foreheads. And all to ensure the game’s community starts on the right foot, says ArenaNet boss Mike O’Brien.

The bans were issued to players repeatedly exploiting a bugged karma vendor, which saw weapons bought at a thousandth of their original price and sold on in their hundreds. 1,000 further 72-hour temporary bans were issued for minor offenders.