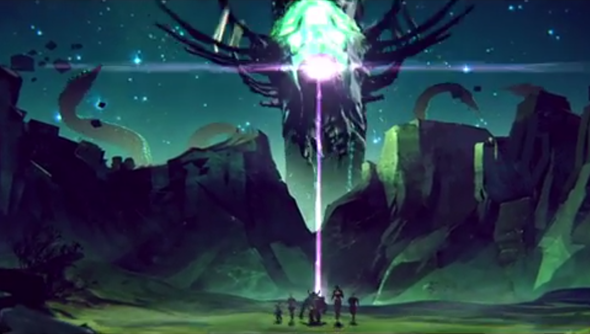 26 November brings with it changes to Guild Wars 2’s endless dungeon, the Fractals of Mist. For a start there will be three new mini-dungeons added to the Fractal pool and two new bosses to fight at the end of a successful run.

The rotation, too, is being changed to give you a progressively harder time as you progress through the endlessly linked dungeons.

The way Fractals of the Mists has worked in the past is that you head over to Lion’s Arch and sign up with a group to dive into a random string of dungeons (or fractals, if you want to use the proper name). After completing three dungeons you spar with a boss character and then you’re all given lots of loot. Each successful run makes the dungeons harder and the loot better.

On 26 November Arenanet are releasing an update to Fractals of the Mist, a year after the system was first released. For a start it now assigns Fractals in a progressively hardening difficulty. So the first dungeon will be picked from a pool of instances that are more welcoming. The later ones, they come from the deep end of the pool. Where there are sharks and floaters.

Also, that level that increases each time you beat a boss, that’s now shared across all your characters on a single account. Which is handy.

There are three new Fractals that Arenanet describe as thus:

And two new bosses, too:

A very neat change is the new Mistlock Instabilities. From level 30 onwards each dungeon run will have a new instability for your party to overcome.

Another change is that all infused rungs and backpacks now have an agony resist slot. Here are the full details

There’s now also a special daily chest for each defeating a fractal boss so that’s an encouragement to dive in regularly. Based on your current fractal level you’ll get rewards like Empyreal Fragments, Fractal Relics, A Pristine Fractal Relic, Gold. Oh, and the boss chest will have a greater change of rare rewards. From level 10 up you can find Fractal Weapon Skins, Ascended Rings, Ascended Weapons, Infused Ascended Rings.

For those of you running the fractals more than once a day there will be a chest rewarding you Fractal Relics, Agony resist infusions, and blue quality, or higher, equipment. After level 30 you can also get the Rune of Resistance and the Sigil of Momentum.