Anime fans have long put up with games of widely varying quality, but occasionally one comes along that defies the cautious expectations they’re generally wise to adopt. For many, Dragon Ball FighterZ was that game, scoring universal praise on its release and garnering a massive audience both on Steam and at worldwide fighting game tournaments. And what worked for Dragon Ball FighterZ can work for other Weekly Shōnen Jump manga.

Right now, no manga is bigger than One Piece, so who better to make that 2D fighting game a reality than the team behind FighterZ and Guilty Gear Strive?

I mean, not now, obviously. Arc System Works has only just finished and launched Guilty Gear Strive, the latest in its flagship fighting game series. To say that the team should begin working on One Piece right this second would be absurd. But GGS has already set Steam records for the most number of players playing a fighting game, and sold over 300,000 copies worldwide in a little under a month. That’s seriously good going, and it’s that kind of critical and commercial success that suggests a team is ready to step its ambitions up.

Arc System Works is no stranger to turning popular anime into 2D slugfests. Dragon Ball FighterZ is a highly popular team-based fighting game similar to the Marvel vs Capcom series that uses the art from Akira Toriyama as a base style, while at the same time ensuring the visuals look great in 2D despite actually being full 3D models. It’s a difficult balance to strike but it looks fantastic in DBFZ, making it one of the best fighting games available to this day. And the numbers don’t lie: Dragon Ball FighterZ has sold over six million copies worldwide across all platforms. 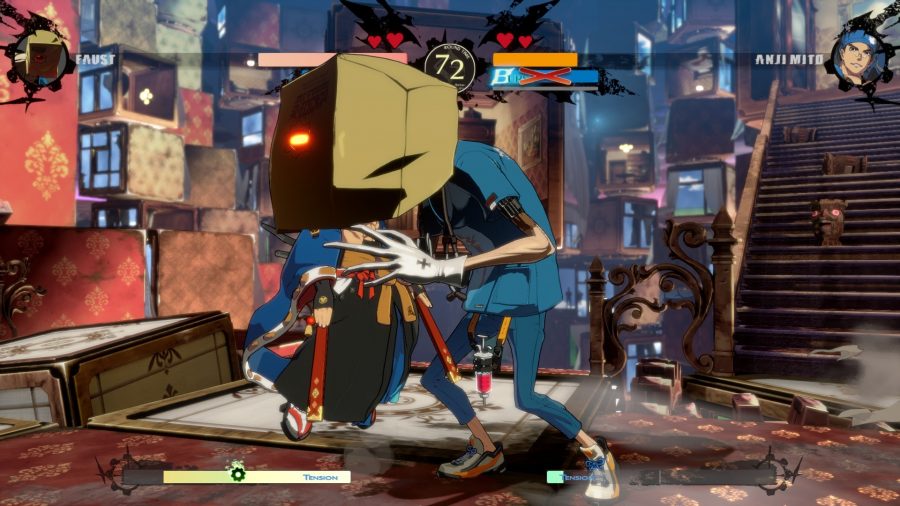 It’s also not the first time that Arc System Works has had its hand in developing a 2D fighting game based on an anime. Before Dragon Ball, the most popular anime leaping from the pages of Weekly Shōnen Jump to TV was Fist of the North Star: an awesome mix of Mad Max and every single Bruce Lee film ever made, and the source of that ‘Nani’ meme. Arc System Works developed a Fist of the North Star arcade game all the way back in 2005. How’s that for heritage?

The studio has another advantage compared to other companies: a working relationship with Bandai Namco, who published both Guilty Gear Strive and Dragon Ball FighterZ. That’s important, because Bamco also has the rights to make games based on One Piece.

For those who don’t know, One Piece is the best-selling manga series in history, selling 480 million copies in print worldwide as of February this year. Since its original publication, it has an anime spanning over 20 seasons, and several videogames; the most successful have been by Dynasty Warriors creator Omega Force. It’s here that we see the potential of a One Piece fighting game – the series is full of diverse characters, each of which boasts unique powers granted by eating the devil fruit. After 99 volumes (at time of writing), the potential for a rich roster of fighters with ultra-flashy moves is almost inexhaustible. 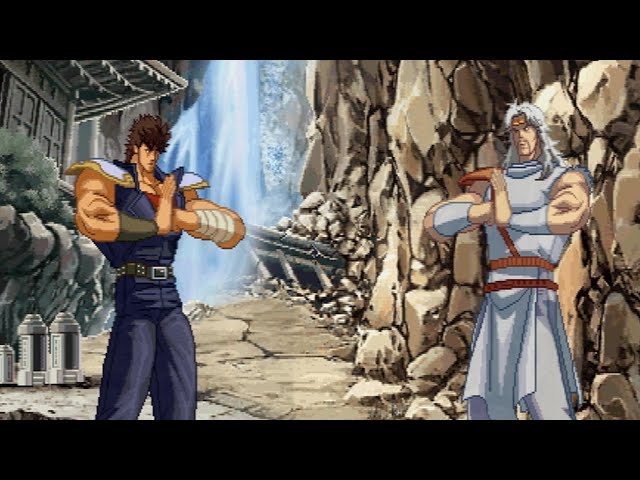 So what would a One Piece fighting game actually be like?

Given there aren’t too many team-based fighters on the market outside of Dragon Ball FighterZ, Marvel vs Capcom, and Power Rangers: Battle for the Grid, I’d make this a 3v3 versus-style game in which members of the team can be swapped at any point. It would also borrow heavily from Dragon Ball FighterZ, with multiple assists per character, and the ability to swap your fighters to give damaged ones a break to recover. I adore the dramatic finishers in Dragon Ball FighterZ, which reference key moments from the series – so more of that for our One Piece anime game, please. For something unique, have assists inflict special effects exclusively for your current character to take advantage of.

the series is full of diverse characters, each of which boasts unique powers granted by eating the devil fruit

What about the roster? Let’s use Dragon Ball FighterZ, with its 24-strong launch roster, as the benchmark. I’d limit this roster to just characters from the first One Piece saga. Obviously we’d have most of the Straw Hat pirates as playable fighters, each with their own gimmicks and fighting styles. I’d also put in the Seven Warlords of the Sea, the key members of the World Government, and an assortment of extras like Buggy and Whitebeard. The idea is to highlight characters with unique, game-changing abilities. Bartholomew Kuma, for example, could temporarily block super moves, while Crocodile would almost certainly inflict poison with his hook. 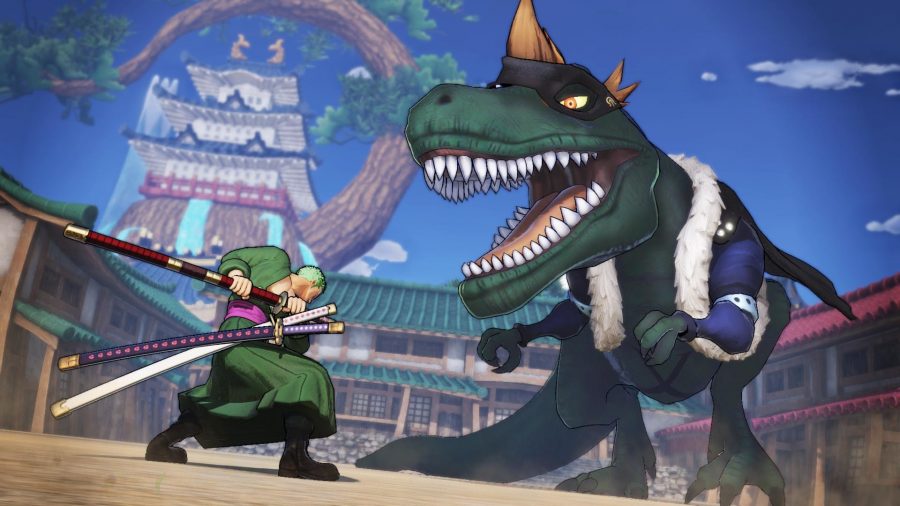 As for features and game modes, the standard issue of every fighting game would suffice. Thanks to the groundwork that’s been done on Guilty Gear Strive and its excellent online mode, there’s also the potential for a One Piece fighting game to be a stellar experience for online play – perhaps even with support for tournaments.

Much like Dragon Ball FighterZ, you could have modes for 3v3, 2v2, or 1v1 matches, all with their own pirate crew ranking system. But the best bit is, considering there are so many chapters of One Piece, you could use the story mode to tell abridged versions of various arcs throughout the first saga, shifting between who you play as depending on whether they canonically won that fight. Looking at the impressive sales of Injustice 2 and MK11, there’s certainly a market for fighting games with good story modes.

This would also help our One Piece game escape season passes – rather than drip feeding new characters every few months, let’s instead make full-blown expansions. These would require some significant development time, but every few months we’d have new characters, finishers, and stages torn straight from the pages of recent story arcs. 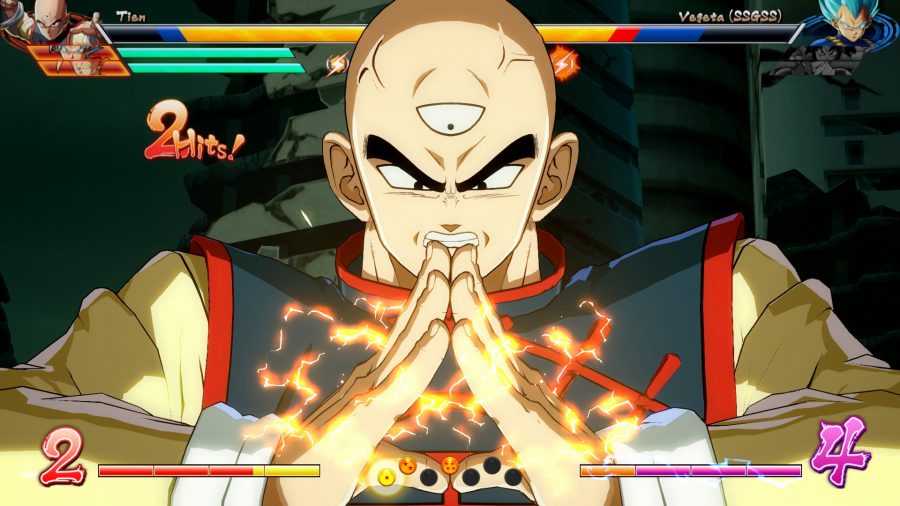 With the One Piece manga being immensely popular globally, the engine and online infrastructure that Arc System Works has honed and refined over the last decade, and the success of Dragon Ball FighterZ, I can’t see any reason why a One Piece fighting game developed by this studio would be anything but a slam dunk.