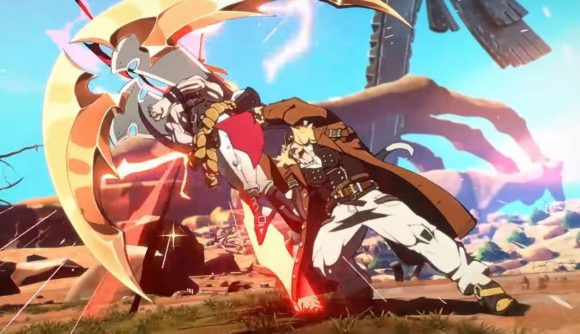 The next installment in the Guilty Gear series, Guilty Gear Strive, will be coming to Steam, and it’ll come out early next year. Developer Arc Systems revealed two new characters for the fighting game, too.

Previously the sequel was only coming to PlayStation 4 and arcade, but Arc Systems has announced that PlayStation 5 and Steam have been added, too. A pair of fighters, Nagoriyuki and Leo Whitefang, were shown off for the anime game as well. Leo Whitefang’s a returning combatant, “one of the three ‘Allied Kings’ of the Allied Kingdom of Illyria, and is responsible for the governing of Europe, the Middle East, and Oceania”, who debuted in Guilty Gear Xrd -sign-.

Nagoriyuki’s a Strive original, a vampiric warrior who “wields a huge sword with impressive skill in battle and slashes at his enemies with punishing blows”. They join the already confirmed roster that includes Chipp Zanuff, Sol Badguy, Ky Kiske, May, Potemkin, Faust, Zato-1, and more. Strive is the seventh entry in the series, intended as a soft reboot for the 2D-3D hybrid fighter.

You can watch a new trailer, including the new characters, below:

Guilty Gear Strive was due to come out this year, but complications stemming from the ongoing COVID-19 pandemic led to a delay. Currently the release window is set for first quarter of 2021.