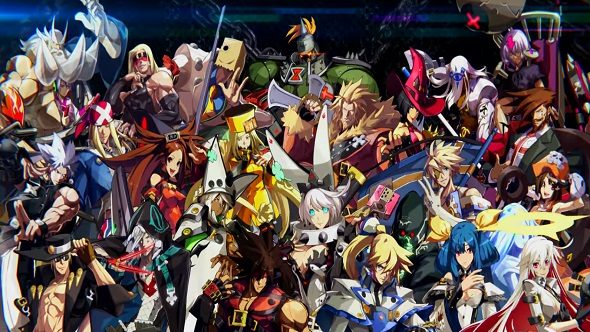 PC fighting game fans are in for a quite a treat this summer. With Marvel vs. Capcom: Infinite coming out in September and Tekken 7 on June 2, Arc System Works have added another game to the pile with Guilty Gear Xrd Rev 2.

Plan out the year’s game schedule with our list of upcoming PC games.

Slated to release a day before Tekken 7, Guilty Gear Xrd Rev 2 is not so much a new Guilty Gear game, but an update to last year’s Guilty Gear Xrd Revelator. Similar to Street Fighter IV’s Super and Ultra updates, Rev 2 adds fan favorite Baiken and new character Answer to Guilty Gear’s already eclectic roster of characters. A hidden character in the original Guilty Gear, Baiken is a wandering samurai who is hellbent on killing series antagonist That Man while Answer is chief of staff and ‘business ninja’ of president and playable character Chipp Zanuff.

Besides these two new characters, Rev 2 will come with a host of new balance changes and moves for every fighter in the Guilty Gear cast, as well as adding in Story Mode cutscenes for the new characters added in Revelator. With Rev 2 being a main stage game at this year’s Evo, this June 1 release gives Western players ample time to practice the game and regain some ground against Japanese competitors.

There will also be a free update released on June 1, adding in the long-awaited Online Lobby feature. This feature allows players to walk around in 64 player rooms, setting up impromptu tournaments or challenging other fighters to matches. If you wish for a break from the non-stop fighting, you can also go for a spot of fishing while in one of these lobbies.

If you already own Guilty Gear Xrd Revelator, Rev 2 will release as aseparate ‘upgrade’ DLC which players will just need to buy in order to play the new content. For players who are coming to Guilty Gear for the first time, there will be a special Rev 2 package available on Steam which bundles both Revelator and the Rev 2 DLC together in one bundle.

Arc System Works have yet to announce pricing for Rev 2, but keep your eyes glued to their Steam page for more information. If it is anything like the Revelator upgrade, it should be around $20/£20.