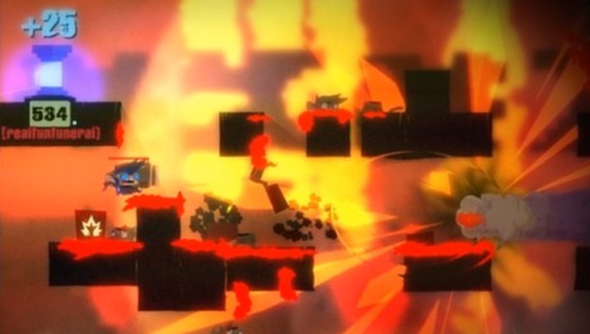 Size Five Games recently giveaway 1 million copies of their brilliant two player dueller Gun Monkeys. Dveloper Dan Marshall’s revealed a couple of his findings from the event. For instance, at its peak he says they were  “giving away over 100,000 keys per hour.”

But there’s more than that.

“During the Gun Monkeys million key giveaway period, sales of the game while it was free went through the roof,” Marshall tweeted. “So well done there, logic.”

Size Five gave away a million copies of their shooter through a PC Gamer promotion and its seen a massive flood of new players to Gun Monkey’s servers. Marshall’s written in the past about the problems indie developers face when making multiplayer games, chief amongst them being populating the game for its players. That looks to be solved for Gun Monkeys.

If you’ve not yet played it, I thought it was one of the best multiplayer shooters I’d played in ages. You should definitely pick it up.