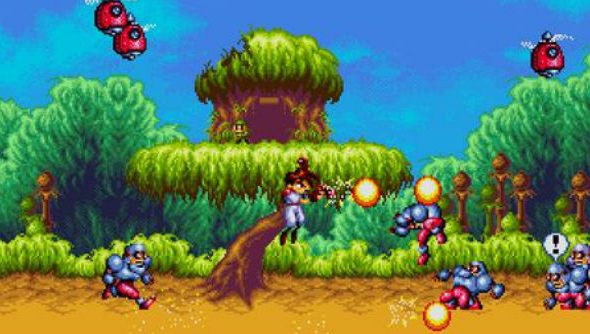 Sega’s Make Love Not War 3 promotion rumbles on with another trio of freebies. Set to unlock from 6pm GMT/10am PST on Saturday, the last round of swag in the form of complimentary videogames includes Renegade Ops, Viking: Battle for Asgard and 1993’s brilliant Sega Mega Drive/Genesis running and gunning Gunstar Heroes.

There’s many a classic on our list of best PC games.

Okay, so after having just looked back at a Mega Drive longplay of Gunstar Heroes, I might be remembering it through rose-tinted specs, but there’s no doubt a few of you out there who’re on the same boat as me.

In any event, it’s free alongside the aforementioned others but be sure to act fast – today’s bundle ran dry after just a few hours. Which means you’ve already missed the chance to snap up Binary Domain, Condemned: Criminal Origins and the formidable Streets of Rage 2 for zilch zip zero cash monies.

Make War Not Love 3 is the third annual Relic vs Creative Assembly face-off that’s organsied by Sega and kicked off on Valentine’s Day last weekend. The event sees the two devs figuratively going head-to-head in an effort to see whose games are most popular, with this year’s tournament boasting Company of Heroes 2, Total War: Attila and Warhammer 40K: Dawn of War II. As it stands, the latter is in front.

Over the course of the contest, special events such as these free giveaways have taken place and earlier this week, Jet Set Radio, Hell Yeah! and Golden Axe were given the comp treatment. Saturday’s offer will be the last of the competition.