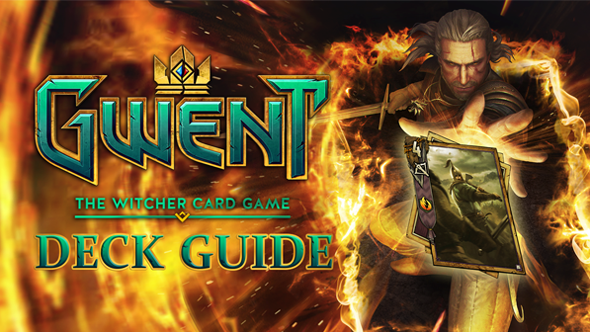 Gwent: The Witcher Card Game offers a fresh take on the CCG genre, and provides a completely different experience to the minigame that was first introduced in The Witcher 3. To help you get to the most out of the public beta, here’s a few of the best competitive Gwent decks that will have you climbing the ranked ladder in no time.

For more CCG action, check out our list of the best card games on PC.

The Gwent decks below can be quite costly, but every card can be purchased for free if you mill any unwanted cards or play a few casual matches to earn scraps. Focus on building the key bronze cards below to fill out your desired deck, and then work towards acquiring a few silver and gold cards. Of course, based on your own collection and preferences you’ll want to vary the selections somewhat. 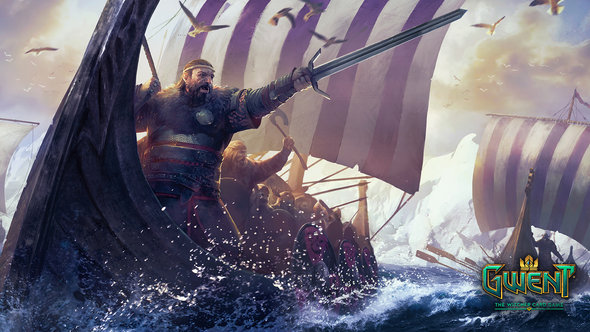 The Skellige Axeman wounding deck is arguably one of the most dominant combos in the entire game, and if you can pull it off you’ll have a huge strength lead within a few turns. It’s important to understand that each Clan Tuirseach Axeman gains one strength whenever an opposing unit is wounded. Specifically, this deck uses cards that can inflict damage whenever an opponent plays a card like the Savage Bear.

Once your opponent has multiple cards on each row you’ll want to play Blueboy Lugos. The Spectral Whale he summons will allow you to deal one damage to every card on your opponent’s row and is especially effective against the Monster Faction who summons units in hordes.

Resurrection cards like Priestess of Freya are invaluable for axemen revives against control decks who can easily destroy them before they’re buffed. If you find that you have no axemen in your hand you can use First Light, Birna Bran or Donar an Hindar to thin your deck and search for the card you need

Finally, if you find yourself in a tricky situation and need a huge injection of strength, play Hjalmar. This gold card will give you 15 strength, and if you destroy the Lord Undvik that spawns on the opposite row Hjalmar will gain ten more strength. Stammledford’s Tremors and Myrgtabrakke can easily destroy Undvik, so make sure you keep either of these cards in your hand. 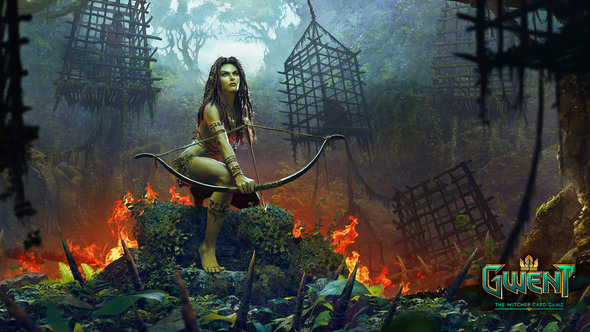 This rather basic Scoia’tael Dwarf deck may be cheap, but boy does it pack a punch. Mahakam Defenders are the key to your success here as these dwarf units stay on the battlefield for the next round. They may only have four strength, but they can be buffed with your Hawker Healers who add three strength to all non-gold units on a row.

Mahakam Guards give this deck great synergy and versatility as they can either add three strength to any non-gold card or two strength to a non-gold dwarven card. Always try to start the first round with your Hawker Smugglers so that you gain one strength every time a unit appears on the opposing side. If you’re opponent hasn’t conceded the round follow-up with your Witchers (Lambert, Eskel, Vesemir), then play a Mahakam Defender.

If you play one Witcher the remaining two will be pulled from your deck and placed onto the battlefield for an instant 19 strength buff. Once you’ve got a row of Witchers or Mahakam Defenders use your Hawker Healers to buff the entire row. Don’t be afraid to continuously buff your Mahakam Defenders as they stay on the board (unless destroyed) for the next round thanks to their passive Resilience.

Your Elven Mercenary cards will allow you to play a non-gold card from your deck and will increase your chances of drawing a Mahakam Defender. If you like the idea of beating the living snot out of your opponents with burly dwarfs then this Scoia’tael deck offers just that. 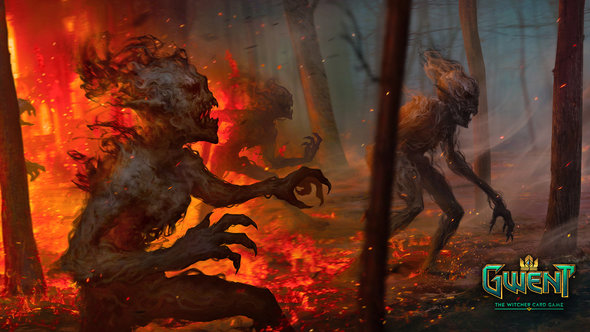 The Monster faction has dominated both casual and ranked levels of play since the Gwent closed beta was released. Originally, many players relied on weather effects to help buff their hordes of monsters, but this playstyle has largely been dropped in favour of the hugely successful consume deck.

The Nekker is the workhorse of this deck, and while it only has three strength it is vital to your overall success. Whenever a monster on your side consumes another unit every Nekker in your hand, on the battlefield, or in your deck will receive a plus one strength boost. Whenever a Nekker is removed from the battlefield another will be pulled from your deck, so don’t be afraid to play a load of Nekkers in the first round as they’ll be back in the next.

The Nekker Warrior cards are also vital to your feasting frenzy as they create two base copies of a bronze unit when played, so deploy these cards instantly to start spawning even more Nekkers. Once you have an army of buffed monsters at your disposal it’s time to chow down with our good friend Ekkimara. This six strength card destroys a non-gold card on your side and absorbs its strength, while also triggering your Nekkers buffing ability.

If you’re worried that your opponent may try to igni or debuff your monsters you can simply transfer three vulnerable units onto your gold Kayran card by allowing him to consume your highest value monsters. Use these cannibalistic tactics to feast upon your opponents woes. 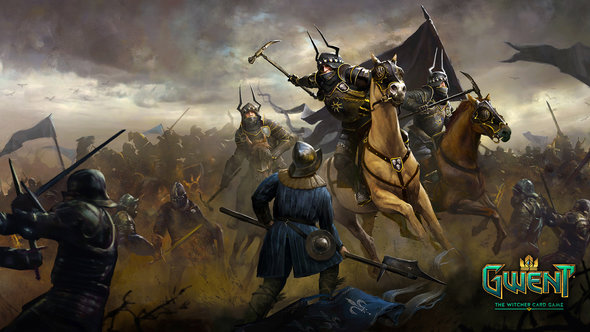 With the upcoming patch tackling the ridiculously strong Northern Realms Radovid control deck, many players have turned to the Nilfgaard faction for control decks. The win condition of this deck is to secure round one and two by disrupting the opponent with your Rot Tosser.

Use this bronze unit to destroy any pesky non-gold unit on a row of your choice. Rot Tosser has great synergy with other cards in this deck, especially with Yennefer: The Conjurer, Alzur’s Thunder and Black Infantry Arbalest. Try to use these cards to whittle a row of enemy units down to the same strength. Once they share the same values throw in your Rot Tosser and watch as the rotten cow carcass destroys an entire row of enemy units.

Play Sweers and Xarthisius to disrupt your opponent’s ability to draw the cards they desperately need to achieve victory. Study what cards they seem to rely on the most and banish them to the graveyard and send them to the bottom of their deck. The constant removal will send many enemy cards to the graveyard and with the help of Vicovaro Medic you can resurrect an opposing unit and use it to do your own bidding.

In the last round make sure you use Cahir just before your opponent is about to pass, as this will allow you to use your leader card once again. This action will often give you the last play of the game and can swing the game in your favour. Disruption and destruction is the key to success in Gwent and the Nilfgaard faction happens to offer both.

Have you got any deck suggestions for your fellow Gwent players? Put them in the comments below.